1 THINK City Available in the Alps

THINK City Is the Star of the Electric Mobility Concept Store 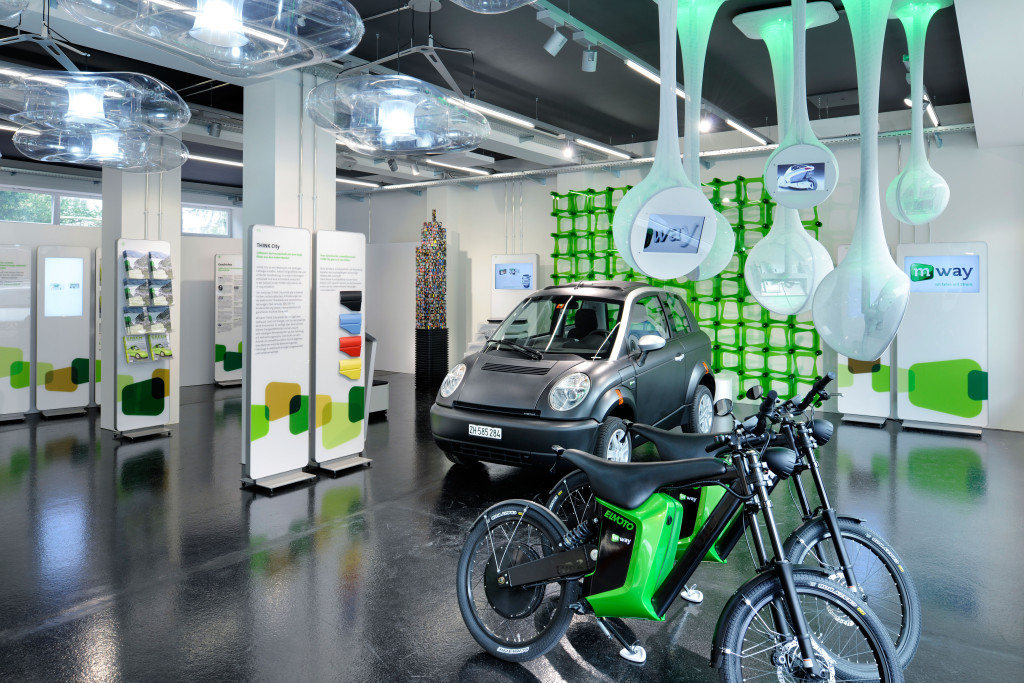 As the word’s best selling electric car, the THINK city will be the main attraction at the first time ever dedicated "Electric Mobility Concept Store", opened in Zurich. Specially created by Migros, a Swiss retailing giant and THINK’s distribution partner in Switzerland, the m-way store features the latest in electric transportation, while offering customers body scanners, driving simulators and interactive exhibitions. The futuristic concept store provides visitors with special exhibitions meant to showcase the advantages of owning or leasing an electric vehicle.

“This is about developing a more engaging retail customer experience than the traditional car dealer model. We will be replicating this approach in many urban centers in cities across the world as we accelerate our global expansion plans,” says Michael Lock, Chief Marketing Officer at THINK.

THINK’s City car, first sold in the UK, is available in Denmark, Sweden and, starting 2009, also in Germany, Italy and the Netherlands. Despite it's price tag of $38,000(€30,700), the small EV is the world's most successful such vehicle, with nearly 10,000 units sold to date. This is thanks to the City's reputation of being useful both in town and on the motorway, because of its high cruising speed of 70 mph and range of 100 miles (on a full charge). The car, currently manufactured in Finland, is the first EV to have been granted certification with the European CE conformity mark and EU homologation requirements.

Think announced in April this year that it will begin selling the THINK City Car in the U.S., planning to eventually manufacture it at an Indiana building plant starting in 2011.