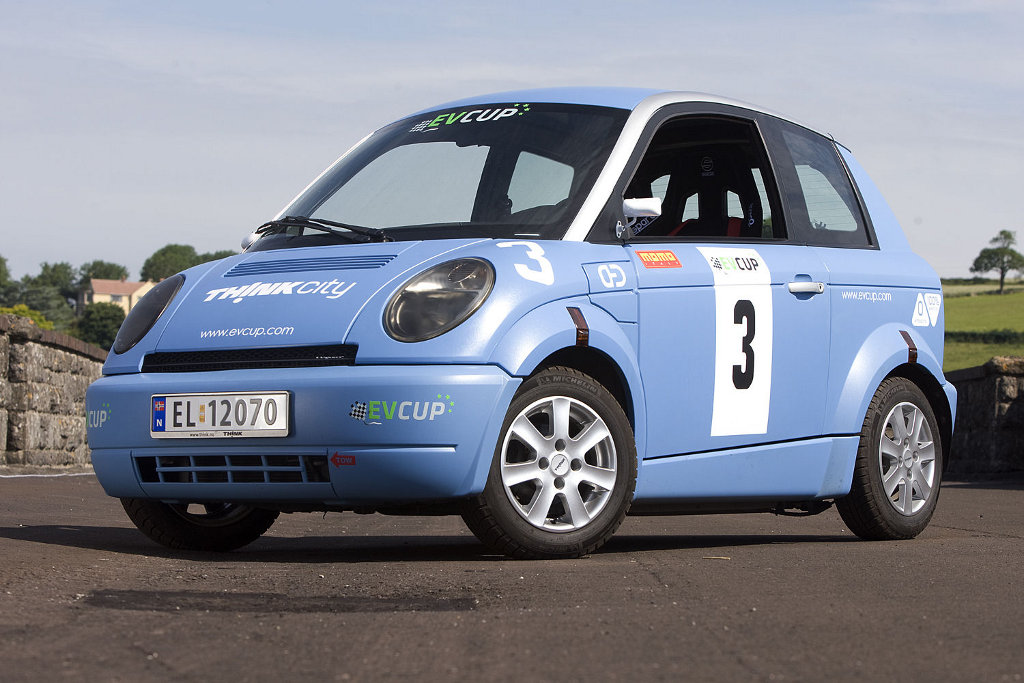 The vehicle was turned to a racing form by the EV Cup team in London, who has modified the interior of the car, leaving one single lightweight racing seat and steering wheel, and replaced all glass with heat resistant and shatterproof Perspex. This has eliminated nearly 70 kg from the initial weight of the car.

“The THINK City can overtake very competently despite its relative tiny power and that makes you feel very comfortable at the wheel,” Channel 4 TV presenter Kevin McCloud said in a release, “it is an excellent racing vehicle and on the short runs we were doing today it just doesn’t seem to run out of power – thanks to its linear torque – which actually makes it better than its equivalent petrol city car for short races.”

“The THINK City is the most advanced electric car in the world and is an excellent illustration of the START ethos, which is to bring sustainability to the fore in a fun way without ranting,” said Roger Saul, founder of the British fashion brand, Mulberry and racing enthusiast.

The THINK City is also featured in a new BBC documentary titled Electric Ride, with the BBC team having to drive 4,000 miles through Europe in an electric vehicle.