1 L.A. Gets $6 Million to Install One of the Largest EV Fleet Charging Systems in the U.S.

3 Mercedes-Benz Is Actually Putting 2.5 Tons Worth of Batteries on the Roof of a Bus

Home > News > U-turn
Otilia Drăgan
While electric public means of transportation have already taken over multiple cities across Europe, the first electric bus to ever operate in Africa, and that’s also locally developed, is gearing up to become a real game-changer. A Swedish-Kenyan company is writing history with the first African-designed electric bus ever.
6 photos

Opibus is a Swedish-Kenyan technology startup that’s contributing to Africa’s transition to sustainable transport. In just five years and with only 100 employees, it has successfully deployed 170 electric vehicles, after having introduced the first African electric motorcycle. Today, it boasts one of the largest e-bike fleets on the continent and is ready to go to the next level by introducing another pioneering vehicle.

This is the first electric bus that will be entirely developed in Africa, from design to deployment. Although the company hasn’t disclosed additional information about the future vehicle’s specification, it stated that it’s being built on a modular, proprietary electric vehicle platform that can be used for different types of vehicles. Introducing a locally-developed e-bus, instead of importing one, will not only lower costs, but also enable a rapid scale-up, so that sustainable public transportation can spread across the continent.

Opibus claims that its e-bus will also have better performance than diesel-powered ones, thanks to a powerful motor and optimal torque. Taking into account all costs, including those related to charging and maintenance, the future e-bus will cut operation expenses by 50%, compared to standard buses.

Initially, ten buses will be operating around the Nairobi Metropolitan area, throughout the second half of 2022. Opibus will also provide slow (AC) and fast (DC) chargers that are already available in its product range. Using a DC charger, the e-bus could be fully charged in one hour. This initial deployment will act as a testing platform, as the feedback data will be used for further improvements, if necessary.

The first electric bus to operate in Kenya, and the first one to ever be designed in Africa, is set to hit the road by mid-2022 and kick off mass production by 2023. 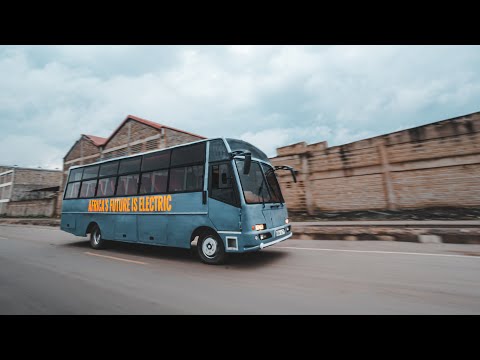