2 MINI JCW by Krumm-Performance Has 300 HP

4 MINI JCW What? This Is the Real Go-Kart Experience

5 MINI at the 2015 Detroit Auto Show
Car video reviews:
Up Next

The 2015 MINI JCW Hardtop Has a Magic Button – Video

Even though deliveries of the new MINI John Cooper Works model haven’t begun yet, test drives are taking place around the world, with members of the press getting a first taste of the new hot hatch. While the numbers look good on paper, there’s a long road from that to what the car is like in real life.
1 photo
That’s probably something MINI knows too and prepared for. That’s also why we’re guessing they decked the new model with all sorts of tricks to make it more… interesting.

The guys from The Fast Lane Car are amongst the lucky, first ones to take this new beauty out for a spin and they found something nobody said a word about up until now. The press release left it all out and not one official spoke about it.

We’re talking about a remote control, a magic button if you will. What it does is add character to the car by opening up a flap in the exhaust. Now, this kind of technology is not new, not by a long shot.

As a matter of fact, we’ve seen it on various custom, aftermarket exhaust for some time now, but it is a rare sight to have it installed as stock by a manufacturer. I guess that if we had to have a trendsetter in this regard, it’s only befitting that it’s MINI.

Under the bonnet of this car lies the biggest, most powerful engine ever used on a MINI. It’s a 2-liter 4-cylinder turbocharged mill that makes 231 HP and up to 300 Nm (221 lb-ft) of torque. That’s what we’re listening to here and it’s not a bad sound whatsoever… 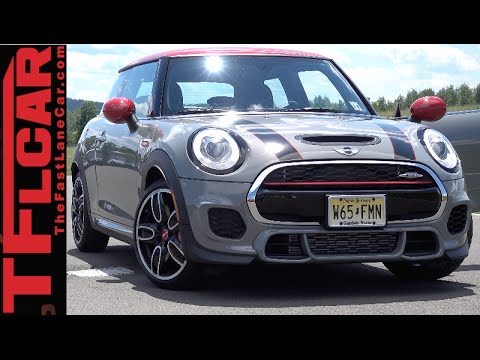