3 Drifting in a Tesla Model 3: What Is Track Mode?

Mihnea Radu
With his hands that make almost every small seem too small, Marques Brownlee, otherwise known as MKBHD, is one of the most popular tech reviewers on YouTube. He's also the only one that's hardcore into electric cars, which makes him the perfect man to ask about all the "Tesla Killers" that are supposedly out there.
1 photo
Now, this does come from a man who owns and loves a Tesla, which was recently crashed. But still, there's no denying the Model S and its successors have set the bar pretty high for all the other upstarts.

This discussion was prompted by the recent debut of the Rivian models, the SUV, and the pickup truck. They promise very impressive specs, like 400 miles of range and 0 to 60 in 3 seconds. Pre-orders are being taken with deliveries expected to start in 2020.

Of course, good minimalist design and impressive specs aren't enough to make an electric car company. That's why Marques briefly mentions two other upstarts, Faraday Future and Lucid. Both of them aren't doing too hot right now. As the tech guru puts it, you can't skip all the history and all the money that Tesla has put in to get at the head of its class.

According to him, to make a great electric car, you'll need design, good specs, acceptable pricing, and convenience. Of course, the price is a big sticking point. Rivian says its four-motor pickup truck with a huge battery cost from about $60,000. And as you know, a good high-end truck from GM or Ford can cost a lot more than that.

On top of that, you have to set up a factory for mass production, which is easier said than done. Tesla went through billions and a lot of trial and error just to get where it is now, and that's not on the level with premium automakers which by the way also started making electric cars.

When it comes to everyday convenience, autonomy is something many expect from a Tesla-rivalling car, and that's about as hard as making the car itself. A charging network may also be a difficult hurdle since for whatever reason all the startup models are non-compatible with the Superchargers.

So if the Tesla killer does eventually come out, this tech reviewer believes it will be from an established car company. We do disagree with him on one subject, that standard automakers can't compete with the autopilot system. However, it does feel like they're not putting their hearts into it based on specs. 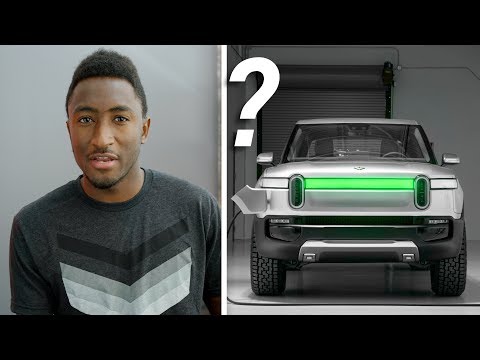