2 Remember Faraday Future? It Got Hold of $1 Billion So It'll Haunt Us Some More

Daniel Patrascu
If you’re not sure what Faraday Future and its FF91 car are, don’t beat yourself over it. For the better part of recent years, the company has gotten in and out of the public eye more often than Kim Jong-Un threatens the United States.
10 photos

The start-up, established in 2014, aims to create a revolutionary electric car, that can be charged based on Faraday's law of induction. There were two cars presented until now by the start-up, the FF Zero1 in 2016, and the FF91, one year later.

This latter model is now said to be ready to get a pre-production version as soon as August this year. The model is to be built at a new facility in Hanford, California, where Faraday Future has already begun preparatory work. And there’s video below to prove it.

When and if the FF91 will hit the roads, it would prove to be quite a sight in the electric automotive world. The 300 miles advertised range (482 km) would put it right beside the giants, at the top of the pack.

At the same time, the huge 1,050 horsepower developed by the electric drivetrain would allow for naught to sixty acceleration time of 2.39 seconds, making it perhaps the fastest in its world.

It’s unclear what the problem holding Faraday Future back is. Back in early 2017, the company bragged of having over 60,000 reservations for the model in just a few weeks. That’s way more than Jaguar received for the I-Pace in a lot more time.

Initially, Faraday Future was planning to assemble the FF91 at a site in Las Vegas, after a huge $1 billion investment. The plan fell through in 2017.

The Hanford facility used to belong to Pirelli and has now been leased by the start-up to create the assembly lines for the FF91. The plant is expected to employ up to 1,300 workers, over 3 shifts. 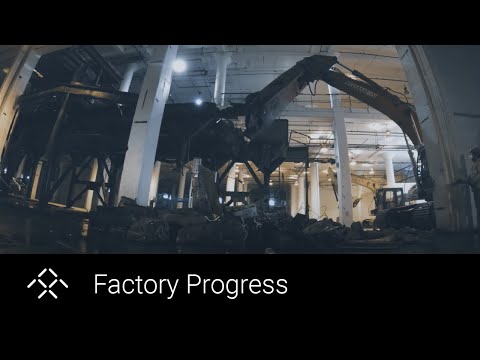