2 The Stig Fired from BBC

3 The Stig Belongs to BBC

4 The Stig Is Ben Collins 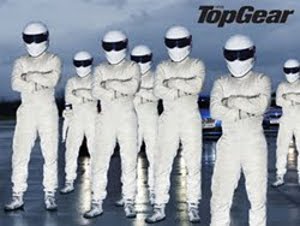 The battle between British network BBC and its former star of all stars, the Stig, will be moving inside a court room soon, as BBC is trying to block the Stig to publish his memoirs.

The court appearance of the Stig was seen by himself and his publisher, HarperCollins, as perhaps the best chance to unmask the costumed character. BBC recognized this and asked the court to hold the hearing behind closed doors, without media access.

According to The Telegraph, the court went the BBC way and the hearing has begun before Mr Justice Morgan in London, in absence of any intruder with a camera and/or tape recorder.

"It seems to me that having the hearing in private is a much more effective barrier to information which might in due course be the subject of an injunction passing more widely into the public domain," the judge motivated the decision.

Although for several weeks now the Stig is more and more associated with Ben Collins (the rumor started last year, but intensified this month), as you can see, most of the media is reluctant in referring to the two as being one. This is because, as Andy Wilman, the producer of the Top Gear show said, “Top Gear has worked bloody hard for many years to make the Stig something worth caring about."

The big fuss created by both sides in this matter unfortunately tends to have the opposite effect. Instead of making us hear and see more about the Stig, we are now waiting for others to step up and say they are the Stig.

We are pretty confident the British media got it right and Collins is the Stig. But who really cares?