The Stig License Plates Worth More than a Car 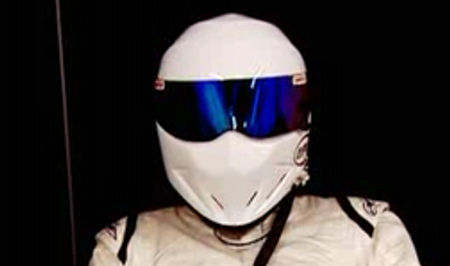 Some of us saw this coming with the whole Top Gear madness taking over the world and stuff. It seems that Top Gear stuff has been popping up all over the world, with spin-offs and regionalized versions of the show being released.

Why, just the other day I saw some nice chick wearing her boyfriend's black tee which read “I Am Not the Stig”, so the fact that some fan came up with almost 20 thousand (that's $20,000) dollars in order to buy the Stig license plates shouldn't come to a surprise to anyone.

Actually, the plate reads “THE 571G” so for those of you who don't speak Leet language, that doesn't seem like anything worth tossing your hard-earned dosh on. But at least one person on this Earth considers that having a Stig nameplate is an honor and thus worth lots of cash.

The sale took place at the three-day DVLA auction which was held at the Haycock hotel in Wansford, Cambridgeshire, and the lucky owner of the number is Rick Fusari who dished out 10,690 of Her Majesty's pounds or, in American currency, 19,358 dollars.

The starting price for the auction on the plate was 400 pounds but the end figure was a price 26 times bigger, which lets you know just ho many people love Top Gear and subsequently, The Stig.

For those of you wondering, the packet didn't come with a white racing suit or a white helmet so you can play pretend in your mom's garage while waking up the neighbors with you incessant revving of the engine at odd hours.

The only problem Rick has at the moment, proud owner of the Greenford Motors car dealership in West London, is on which of his two Ferraris to put the newly acquired plates. Now that's a problem to have, but then again, with a lot of money comes a lot of responsibility.