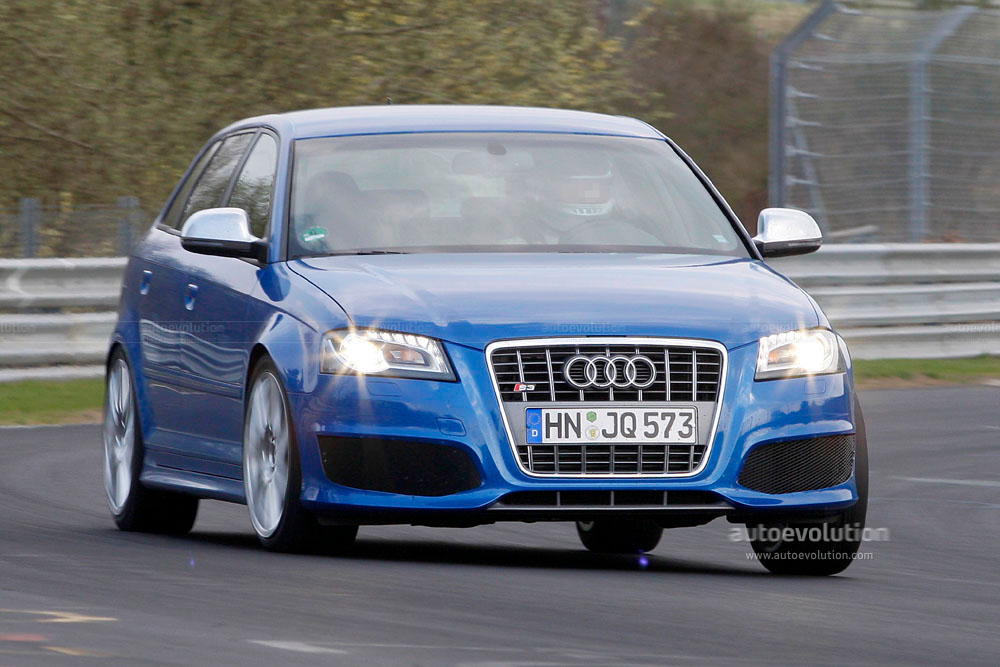 Rumors claiming that Audi may be planning a new RS3 model seem to be true as the adjacent photos show a mule of Audi's recently-launched S3. Spotted during a testing session on Nurburgring, the RS3 looks basically the same as the standard model and it even features an "S3" badge mounted on the grille.

Obviously, details are fairly scarce since we're talking about spyshots but this is the first confirmation that there might be some truth behind Audi's board of management for technical development Michael Dick's words. For those of you who missed the news, Dick earlier this year said the German brand may be indeed working on a so-called RS3 but avoided to provide too many details regarding the upcoming model.

The RS3 is likely to be powered by the same engine installed on the recently-launched TT-RS, namely a 2.5-liter five-cylinder turbocharged unit providing much more power than the basic configuration coming with the standard models. Supposing the weight of the RS3 will be close to the one of TT-RS, the upcoming model will be capable of accelerating from 0 to 100 km/h (62 mph) in 4.6 seconds and reach a maximum speed of 288 km/h (179 mph).

As you can see for yourselves in the spyshots, the car came in an almost completely disguised form, with the front spoiler edges the only things that are hidden from our eyes. Since we're talking about a high-performance car, it would obviously need better cooling which gives us a glimpse into what you may actually find behind those obstructed elements: air intakes to better direct the air flow and thus, help the car achieve better figures.