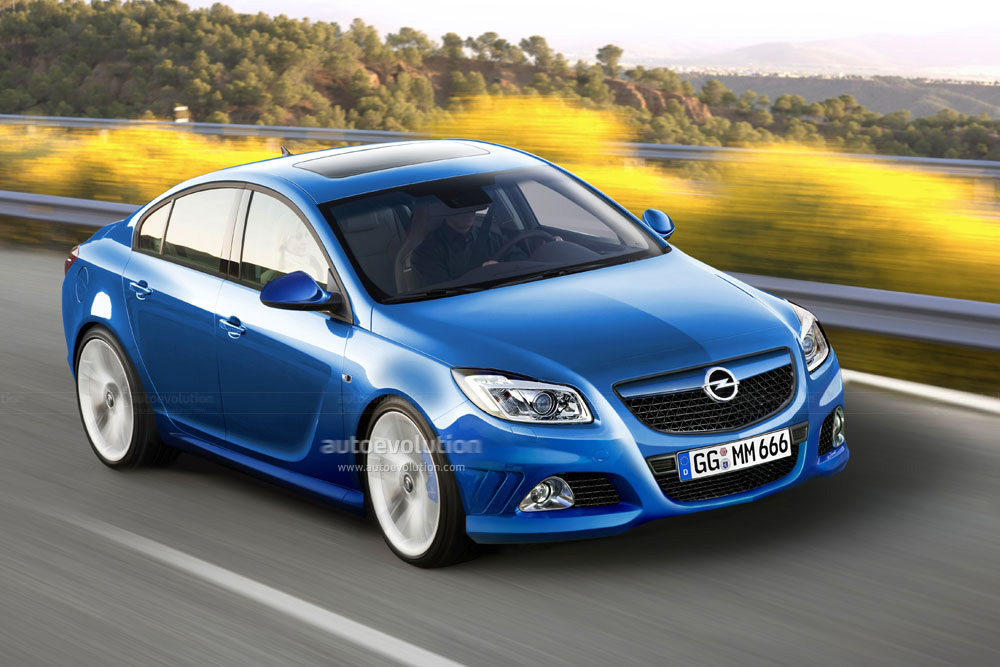 What we have here are the newest spyshots showing the OPC flavor of the last-generation Opel Insignia, a model that brings several styling and engineering upgrades over the standard Insignia. Just like other models produced by Opel and wearing the OPC nameplate, the new Insignia will be the most powerful version in the whole lineup, despite that only a few technical details are available at this point.

As you can see for yourself in the spyshots below or in the adjacent computer-generated photo, Insignia OPC is indeed a sportier car compared to the standard model, featuring a revised front bumper, with larger air vents and slightly restyled fog beams, re-shaped grille likely to boast chromed decorations as well as double exhaust system and bigger alloy wheels.

Obviously, details regarding the engine configurations are fairly scarce at this time but if we take into consideration recent speculation, the OPC sports a high-performance twin-turbocharged V6 unit developing around 320 horsepower.

Taking into account that Insignia OPC is supposed to replace the sportiest Vectra model, such an output pretty much makes sense - the most powerful Vectra OPC engine developed a power of 280 hp at 5500 rpm and 261.8 lb-ft of torque, 0-100 km/h in 6.3 seconds.

It seems like the OPC will be displayed for the first time at the upcoming Frankfurt Auto Show in Germany (Thursday 17 September - Sunday 27 September). However, remember that the production model to be showcased at the show might be slightly different from what we have here, with different wheels and upgraded braking system to handle the high amount of power likely to join the range.