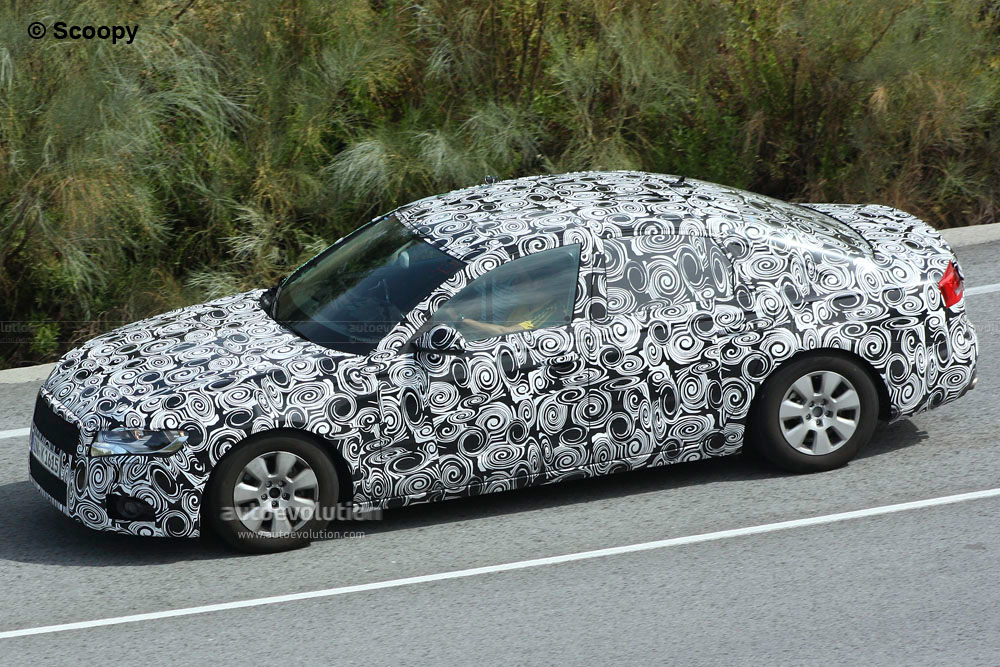 With the sights set on helping the mother company Volkswagen claim the crown for the number one carmaker in the world by 2018, the Germans from Audi are revising pretty much the entire lineup they have to offer, in an already announced attempt to reach the staggering figure of 40 new or facelifted models, including electric, hybrids and even supercars by 2015.

The new generation of the Audi A6, caught in the spyshot we bring you here, are part of that effort. The German manufacturer will launch the reinterpreted A6 next year, probably following the 2011 Frankfurt Auto Show.

When it will arrive, the new A6 will bring with it Audi's modular longitudinal platform, which makes extensive use of aluminum to reduce weight, costs, fuel consumption and emissions. Compared to the current generation, the new A6, as far as we can tell from under the heavy camo, will boast a redesigned front end and a reconfigured rear.

According to Car Magazine, the diesel offering will be made up of a 3.0l TDI unit (201 bhp and 242 bhp), as well as a 2.0l TDI. As for transmissions, word is Audi will be pairing the unit to an 8 speed automatic or a 7 speed dual clutch gearbox.

The German carmaker will use the new A6 to give life to both eco-friendly version of the model (read hybrids), as well as high performance interpretations (S6 and RS6).