1 Meet the Waiter of the Future. KettyBot Is Smart, Funny, and With Impeccable Manners

Cristina Mircea
We know that Spot the robot is a versatile machine that’s capable of acing pretty much any type of mission, from detecting radiation levels at Chernobyl and getting involved in combat exercises to doing household chores and dancing for the delight of all internauts. Now they’ve found another use for it: to join the claims personnel at the American insurer group Farmers Insurance.
8 photos

The California-based company recently revealed its plans to use Boston Dynamics’ robot Spot for assessing the damage produced by catastrophes such as hurricanes, wildfires, earthquakes, tornadoes, and the likes. Spot has been customized specifically for Farmers, being equipped with sensors, cameras, including a 360-degree one, as well as site documentation software that allows it to capture data in a timely manner.

The machine will also help in dealing with non-catastrophic events like collapsed buildings, water loss, structure fires, and more. At the same time, it will be able to pre-inspect certain areas to evaluate the danger for first responders.

According to Samantha Santiago, Head of Claims Strategy and Automation at Farmers Insurance, the custom-built Spot will be a valuable addition to the company’s stock of evolving tech, such as satellite imagery and drones. It will serve as a useful tool that helps the insurer deepen its commitment to customers.

The robotic quadruped will be deployed sometime this fall, helping Farmers Insurance Group become one of the first P&C (property and casualty) insurers in the country to use a digitally controlled mobile robot.

Spot was built by Boston Dynamics (which is now owned by Hyundai) more than a year ago and has become one of the most popular and loved robots out there, thanks to its funny looks and entertaining skills. It is now used by a plethora of companies worldwide for the most varied purposes, exploring hard-to-reach places, inspecting sites, delivering goods, helping the military with combat exercises, to name just a few of its accomplishments. 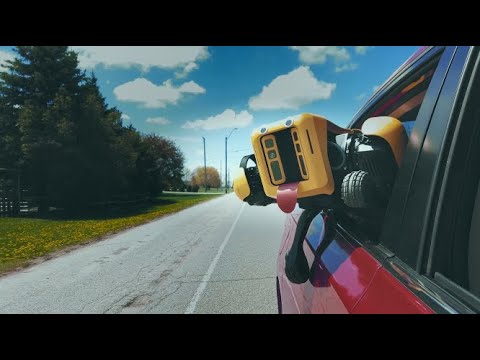