Home > News > U-turn
Tudor Serban
Since the lack of personnel is a hard truth for most employers worldwide, Hyundai found a way to reduce its security staff, especially during after hours.
8 photos

While most guards that are working the night shifts are taking a nap every now and then, a robot won’t do that. It also won’t drink, or eat, or watch games when on duty. Boston Dynamics already had a quadruped robot named Spot, which proved to be very creative thanks to its AI functions.

Built with an integrated thermal camera and 3D LiDAR, the robot can detect high-temperature areas and alert the fire department for potentially hazardous situations. In addition, its integrated 3D map allows it to roam around the factory and check for opened doors or detect uninvited guests. Of course, it won’t fire at them (yet), but at least it can spread the image thanks to its live stream images sent to a secured webpage.

Based on these features, it can take snapshots showing who left its locker opened or where is an opened jar on a table. In addition, thanks to its small size compared to a human, it can walk in tight areas. Like the regular Spot, the new safety robot can climb stairs, crawl under tables and “see” through dark places.

Hyundai put the new robot to the test at the Kia plant in South Korea and, by the time of writing, it already learned its way around, as shown in the video below. If the experiment is successful, the carmaker plans to introduce Safety Robots in all of its factories so that no one can leave an open can under a table. I wonder if it can detect empty beer cans too. 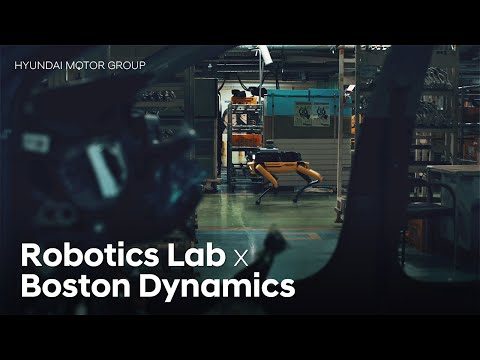