And Then You Wonder Why Drivers Hate Riders

Say what you want about the smart fortwo or the smart forfour, but you've never thought the small urban rider could end up on the train track, taking passengers from A to B using the railroad network, right?
22 photos

Think of it as the automotive version of Thomas the Tank Engine, but without the weird face and talking part. But wait, how do you transform a smart forfour into a fully working mini-train?

Well, this was solved after six months of engineering work and fancy CAD modelling. As a result, the regular smart forfour we all know and love (well, not all of us) received a set of solid steel wheels each measuring 22-inches in diameter and weighing 80 kg (176.3 lbs).

With the traction on the rails being taken care of, Interfleet (they build the smart forrail) moved on to other aspects. The steering was disconnected by engineers, to allow the car's smooth movement on rails. Also, to avoid any steering movement, aluminium supports were welded between the axles meaning the wheels are locked in position.

It must have been challenging for the folks at Interfleet if we consider they usually work on 16.0-liter 70-ton diesel locomotives that would eat the 1000-kg (2205 lbs) smart fortwo as a snack at any given time.

In any case, the smart forrail was also granted a test drive on the privately-operated Bluebell Railway, on a ten-mile stretch of rail cutting right through Sussex, England. But still, don't try this at home! In fact, don't try this no matter where you are! 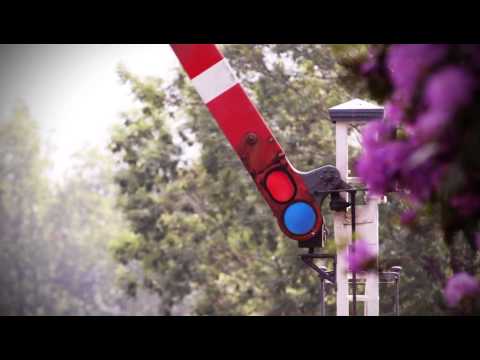