1 Hundreds of Mustangs Back to the Stables

2 Bette Davis Owned a Shelby GT ... And it's Available for Sale

4 Ford Under Gov's Investigation Due to Faulty Tire Valves

5 Ford's Latest Mustang Teaser
Up Next 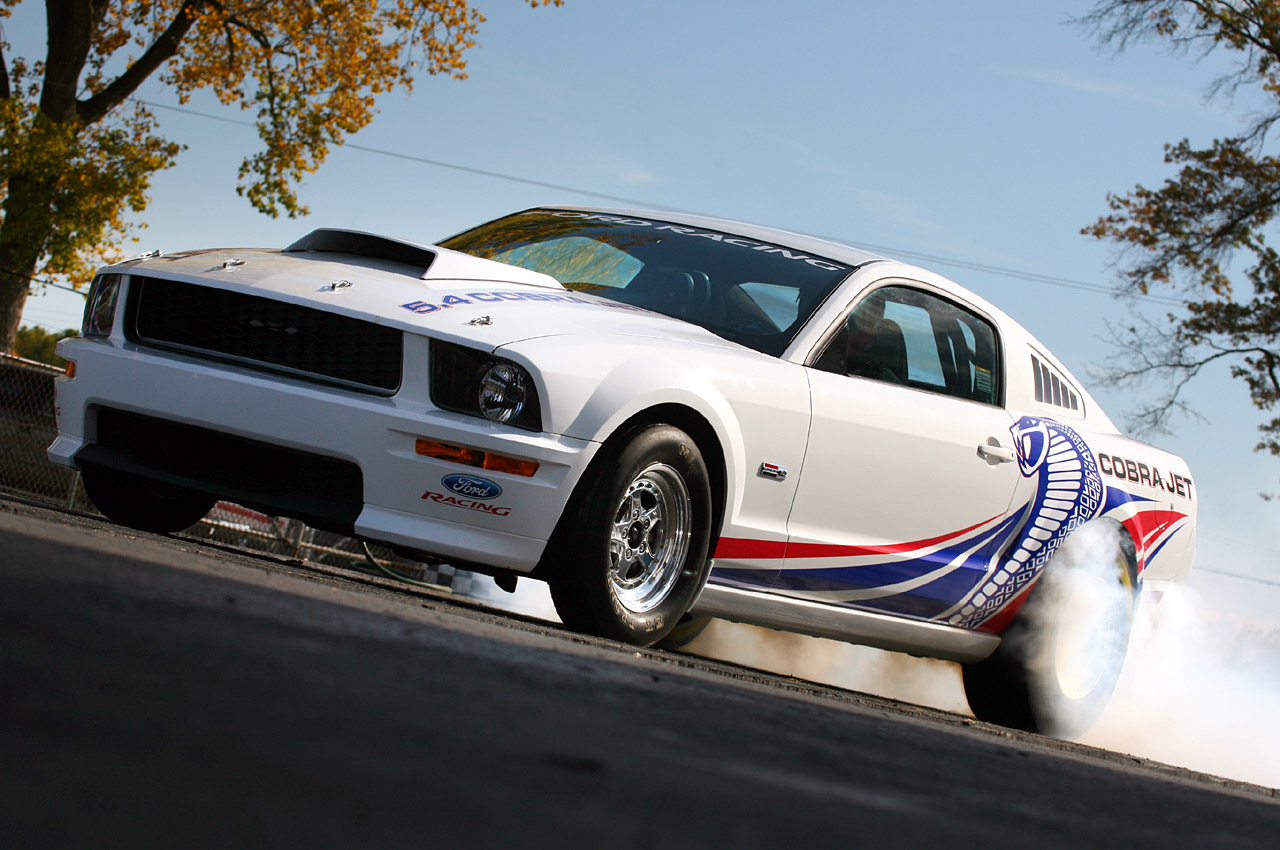 While this release was not a surprise, because Ford has previously released photos and video of its FR500CJ Cobra Jet Mustang, SEMA viewers were still amazed to see the car on the show floor.

This latest Ford Mustang joins the FR500 series which already comprises the GT, C and S, and will be limited to a total number of 50 cars overall. incidentally, they've all been pre-sold so the only way you'll be able to get your hands on one of these is if a current oner sells it on eBay. The price for one of these cars was $69,900 a pop.

Don't get your undies in a curl though because Ford announced that there will be more Cobra Mustangs coming, probably as a consequence of the fact that this batch sold so well, quite unexpectedly well actually.

The Cobra Jet edition of the Mustang was built with one thing in mind – drag racing. This is why it's equipped with a 5.4 liter supercharged V8 engine that commands 400 horsepower, coupled with a 6-speed manual gearbox (of course, you can always opt for the automatic) and a set of special rims and tires that fit perfectly on the drag strip. The car is actually NHRA-ready for people who want to compete in drag racing.

This special edition was built to commemorate the 40th anniversary of the first Cobra Jet Mustang in 1968, conceived by racing legend Bob Tasca with competitions in mind.

Ford Racing Technology director Brian Wolfe: “The Cobra Jet is one of the transformational vehicles for Ford Racing. The 2008 CJ will get us more involved with the sportsmen racers in drag racing. At this point there are a lot of guys who are running Fords from the 60s, 70s and even a few from the 80s, but those cars aren't necessarily relevant to what we are producing today”.

So there you have it, Ford want to update its racing heritage and this latest Cobra jet is just the first effort to update their vehicle range, if we are to read between the lines of the previous statement.