2 Schumacher to Earn 3.2M Euros Per Race
Car video reviews:
Up Next 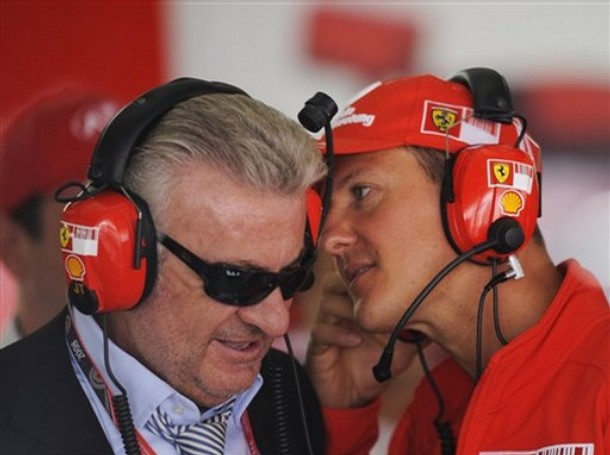 Michael Schumacher's manager Willi Weber once again denied all rumors regarding his client's racing contract with the Scuderia Ferrari for the remainder of the 2009 season. Although Schu has been on the Ferrari payroll for the last two and a half years, his salary account is believed to suffer an important update following his return to the F60 cockpit.

With plenty of sums now rumored in the media – some suggested a 3.2 million euros per race deal, others one million euros per weekend – Weber is now obliged to rule every single one of them out. After denying the 40-year old German will be paid the 3.2M per race contract in 2009 last week, he now insisted money has not been discussed by the two parties yet.

“We haven't spoken with Ferrari about money yet. (It's) all speculation,” Weber was quoted as saying to Germany's Express newspaper.

Earlier this week, it was reported by German daily Die Tageszeitung that Schumacher will earn as much as 1 million euros per race in 2009. That would have meant approximately 7 million euros in less than half of season for the Scuderia, as Felipe Massa's return to the Ferrari cockpit in 2009 is highly unlikely.

Although dismissing such rumors, Weber did admit no driver of his ever competed in Formula One for free. Therefore, Schu is expected to get a considerable raise before positioning himself on the Valencia grid. And this is not the only good news – financially speaking – for the 7-time world champion, as it was confirmed that bottled water supplier Rosbacher have just extended Schu's advertising contract for an additional 3 years.

Also, considering Schumacher will strengthen his relationship with the Ferrari garage in the next few months, it is expected he'll extend his advisory deal with the Maranello outfit from 2010 onwards (as his current deal expires at the end of this season). However, no official confirmation from Weber was issued on this matter.