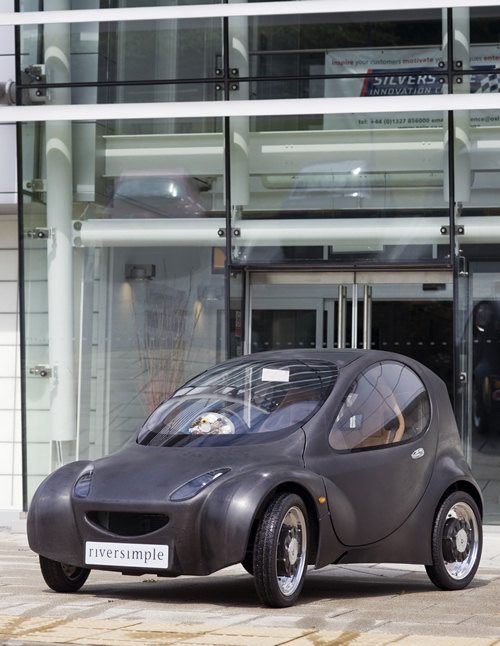 UK-based hydrogen fuel cell cars developer Riversimple hired Fiat's former head of design, Christopher Reitz, to handle the appearance of the company's hydrogen vehicles which will come to the market in the summer of 2012.

Although moving away from the traditional automotive industry might seem illogical to some, Reitz has a different opinion.

"This really is a step into something different, to design cars that really are the future. Increasingly I have felt that it does not make much sense to move tons of steel around, using a lot of fuel and resources. There has to be a better way and I think Riversimple has found it, not only with its hydrogen fuel cell car but with the whole concept of the company which has as its goal complete sustainability."

The company is in the process of second-round capitalization, with major funding coming from the family of Ernst Piech of the Porsche family.

Riversimple struck a deal with Leicester City Council, announcing this summer that 30 cars would be tested around Leicester for a year.

"It has to look good as well as be functional. We don't want to shock because if you shock you are very quickly old and out of fashion. We need to be robust, innovative and safe and getting the right mixture will help produce a successful product. It is very exciting," said Reitz.

"I am delighted that someone of Chris' calibre and standing in the automotive world has decided to join Riversimple and help us to produce sustainable cars that will be the envy of others. Chris has been responsible for some of the most beautiful and practical designs in the auto industry in recent years. His experience and flair will be of great help to us as we move towards seeing Riversimple cars on the streets and roads of the UK," commented Hugo Spowers, founder of Riversimple.