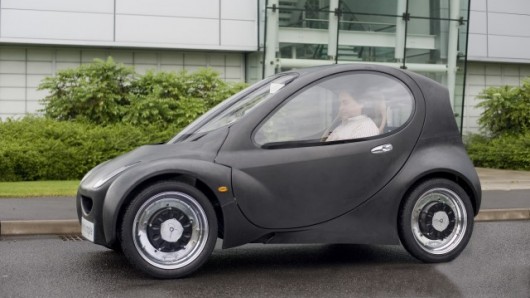 With most of the eyes of the automotive industry turned towards the advent of the electric vehicle in its purest sense, a British company is trying somewhat of a different approach.

Riversimple, the company which one year ago pulled the wraps off a two-seater zero emissions hydrogen-electric vehicle, is currently touring Australia in an attempt to raise awareness and increase the interest in this open-source, affordable hydrogen vehicle.

“We are seeking international partners to enter joint ventures and pursue the Riversimple model in regions across the world, tailoring the vehicle and the service to local needs and conditions,” Hugo Spowers, Riversimple founder explained the reasons behind the tour to GoAuto.

Having a fuel consumption equivalent to 360 miles per gallon (0.8l/100 km), the yet unnamed car (known for now as the Network Electric) uses a 6kW fuel cell sourced from Horizon Fuel Cell Technologies and is made of lightweight composite materials. It can travel 240 miles (390 km) on a single tank of hydrogen.

To be sent on the market as an open-source vehicle (that is, anybody who thinks is up to it can modify the car), hopes are some 84,000 hydrogen fuel-cell cars will be on UK roads by 2020.

For the consumers, Riversimple plans on leasing the car at an estimated price of $315/month. The release date has not yet been set, given the car is still under development.
As for the choice of touring Australia instead of other, more mainstream automotive-producing countries, Spowers says, for instance, the tour would not have been successful in Germany.

“They are talking about pilot trials in Berlin and Hamburg, trialing fuel-cell-powered A Class Mercedes. They cost about $1m each and I don’t think anyone will buy one until they can drive them all over the country," Spowers said.