A performance SUV makes as much sense for some people as a wet towel, and yet not only do they continue to exist, but seem to thrive, with this Porsche Cayenne Turbo Coupe being a prime example.
6 photos

As if being a performance SUV wasn't enough, this particular model adds insult to injury by also sporting a coupe (ish) body style, combining two of the most questionable trends in the automotive industry at the moment. And yet the Cayenne Turbo Coupe has made its way into MotorTrend's 2020 Best Driver's Car shortlist - surely, somewhere, somebody has made a mistake.

No, no mistake here, and considering it's only two and a half seconds slower than a Chevrolet Corvette Stingray Z51 around Laguna Seca, allow us to consider this case closed. After all, the German SUV produces just 55 hp more than the American sports car, though the turbocharger helps it significantly with its torque delivery (568 lb-ft/770 Nm at 2,000-4,500 rpm). It's going to need it, though, because it also weighs a ton more, and we mean that literally.

Putting a powerful enough engine under the hood that can overcome the vehicle's weight isn't the tricky part. Tuning is chassis, suspension, and brakes to cope with the massive load, on the other hand, especially under the demanding conditions of a difficult track such as the Laguna Seca - that's where the magic is done.

And Porsche has surely worked its magic with the Cayenne Turbo Coupe because the sloped-back beast just managed to snatch the title of the fastest SUV around the famous American circuit from the Lamborghini Urus. It was a close call, but it ultimately went into Porsche's favor by just 0.6 seconds.

This lap adds another record on Laguna Seca for both Porsche and the man driving the Cayenne on the occasion, Randy Pobst. And with the 911 Turbo S lap still to come, we expect their record collection to grow even further. Stay tuned. 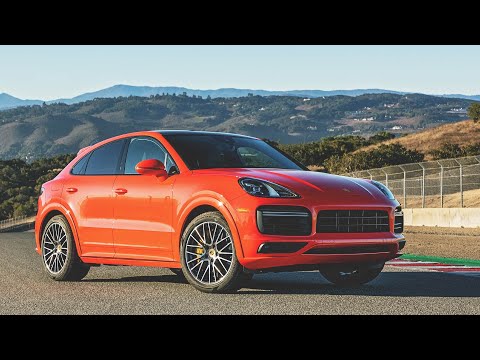