3 Opel Reportedly Planning to Sell Corsa Production Facility
Up Next 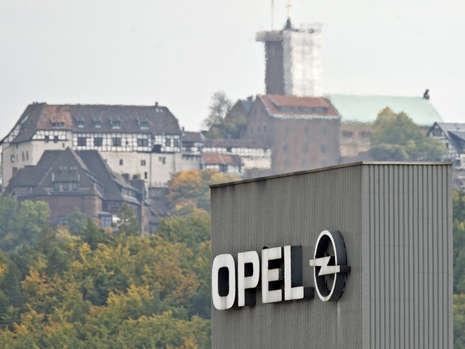 It was initially believed that General Motors will shut down the Eisenach plant, together with Bochum in Germany and Antwerp in Belgium. However, the US-based manufacturer will reduce local workforce as Opel won't make new hirings to replace the staff projected to retire in 2010 and 2011.

GM last week announced its decision to close the doors of the Antwerp facility in Belgium, an announcement that led to several protests from both German and Belgian unions. Furthermore, Belgian unions started a legal action against General Motors, claiming that the company promised to build an SUV in the country and thus keep the plant alive.

Opel representatives in Belgium confirmed the lawsuit but defended themselves by saying that GM hasn't breached a contract as building a new model in Antwerp was only a plan.

"There is a legal proceeding going on, but I can't comment on the content," an Opel spokeswoman said yesterday. "At that time, they [Opel] confirmed a plan to produce a small SUV but unfortunately the plan in its totality cannot be implemented."

Reilly shared the same point of view over the case and emphasized that GM hasn't signed a contract to bring the SUV at the Antwerp facility.

"Frequent repetition of the claim that the company was allegedly in breach of a contract does not make that claim any more true. This document clearly spelled out that building a small SUV in Antwerp was a plan. Given the dramatic change in the overall economy this plan had to be changed," he said.