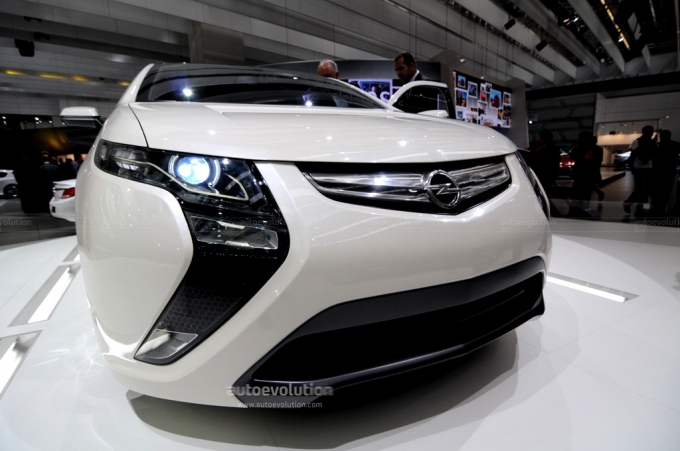 American manufacturer GM and its European subsidiary Opel will present the Opel Ampera at this weekend's EU meeting in Spain, a meeting dedicated to the start of a major electric car project on the Old Continent.

Spain has invited ministers from all 27 European Union member states, including the European Union Competitiveness Ministers and the European Commissioner for Business and Industry, to discuss the "electric vehicle as a means to boost industrial, technological, energy and environmental opportunities".

“We are honored by Minister Sebastian’s invitation to show EU Industry Ministers how Opel intends to lead the way in the electrification of the automobile,” Gherardo Corsini, Director, Electric Vehicle Implementation for GM said.

The Ampera will feature the same powertrain as Chevrolet's flagship production electric vehicle, the Volt. The Ampera will rely on the Voltec technology, an electric propulsion system, that is said to provide extended ranges during electric driving and of up to 60 km in full-electric mode. The battery can be easily recharged via a standard 230v outlet.

The electric unit delivers 370 Nm of instant torque, the equivalent of 150 hp, as General Motors explained. This means the car is capable of reaching a maximum speed of 161 km/h, while going from 0 to 100 km/h in 9 seconds.

Opel plans to start production of the Ampera in 2011, with Vauxhall set to get its very own version to be sold in the British market. Price is rumored to be around 28,000 euros.