1 Nissan Cuts Down Prices in the UK

3 Nissan Sales Going Down in November

5 Nissan GT-R Tuned By Hennessey
Car video reviews:
Up Next

Nissan, NEC to Invest $1B in Lithium-Ion Battery Production 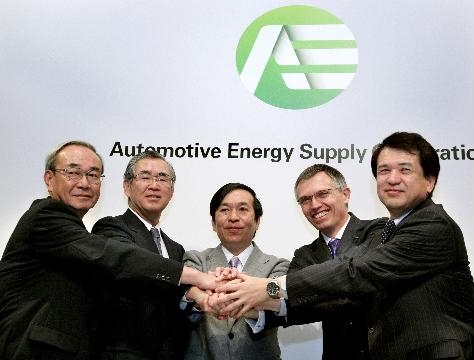 Japanese automaker Nissan and NEC will invest approximately $1 billion in lithium-ion batteries production as part of the two companies' plan to get more involved into electric and hybrid cars market. The two producers plan to manufacture enough batteries to supply 200,000 vehicles in 2011, Autonews wrote quoting the Nikkei business daily. Nissan and NEC recently signed a partnership to start producing lithium-ion batters from next year, with an initial plan of 13,000 units a year.

In addition, Nissan and NEC are also considering building a production facility in Japan in 2011 or later that could help them increase the annual production. However, no information was confirmed yet, the aforementioned publication wrote.

The Nissan – NEC joint venture, mostly known as the Automotive Energy Supply Corporation (Nissan owns 51 percent while NEC Group has 49 percent of the company) may also build a number of factories in Europe and the United States that could help them gain government loands aimed at production of environmentally-friendly vehicles, Autonews explained.

Back in 2007 when Nissan and NEC formed the alliance, the Japanese manufacturer pointed that such a partnership is almost a must for electric and hybrid cars production, predicting that low-consumption models may become mandatory in case of economic downturn.

“Together, Nissan and NEC’s engineers have addressed the key challenges of cost, performance, safety and reliability – we believe that we have a breakthrough technology in the lithium-ion battery product we will produce. Through AESC, this battery will be made available to all automakers, and we expect this could further accelerate the development of future generations of eco-friendly vehicles,” Carlos Tavares, Executive Vice President of Nissan, said at that time.

And according to Autonews, the two companies plan to continue their investments into this side of the market as they recently agreed to “inject” nearly 12 billion yen over the next three years in order to boost the lithium-ion batteries production.