NASA Testing Tech for “Most Sophisticated” Mission Ever: Stealing Rocks From Mars

Daniel Patrascu
In the history of humankind, exploratory missions to alien worlds are not something new. In pretty much all instances, these missions were about getting to a destination and transmitting back data about the place. As of last year, that changed.
8 photos

It was in 2020 when a little spacecraft going by the name Origins, Spectral Interpretation, Resource Identification, Security-Regolith Explorer (we’ll call it OSIRIS, like NASA does) pinched the surface of an asteroid called Bennu and it’s at the moment heading back to Earth carrying with it 2 ounces (60 grams) of asteroid material. Before all that, the Japanese Hayabusa did pretty much the same with asteroid Ryugu.

Apollo missions aside, these are the single instances in the history of the world when samples of a celestial body are being brought back to our planet for further study. But they will not be the last ones, not by a longshot.

Although complicated to perform, the OSIRIS mission pales in comparison to what NASA and European partner ESA have planned next. That would be the Mars Sample Return mission, set to depart (hopefully) by the end of the decade and bring back home bits of the Red Planet, soon to be retrieved and stored by the Perseverance rover already on scene.

In itself, the mission is a mammoth undertaking, one NASA calls “the most sophisticated endeavor ever attempted at the Red Planet.” It involves launch hardware here on Earth, an orbiter to stay above Mars and a lander to touch down on the surface, a rover to collect the samples, and an ascent stage to bring them back to orbit for the final trip to Earth.

For the task at hand, several organizations have come together. ESA is handling the development of the rover with wheels being made by the NASA Glenn Research Center, the lander is being put together by the Jet Propulsion Laboratory, while the ascent vehicle is being cooked up in the stoves over at the Marshall Space Flight Center.

Although most of the hardware is still in development stages, testing has already begun on many of the systems. First, the 5,291 pounds (2,400 kg) lander is already being dropped from some not-so-random heights, as announced this week by NASA through one of the shortest videos ever made (available below, three-seconds long).

Then, the ascent vehicle, which in essence is a 9-foot (2.8 meters) long rocket, is being put through its paces by means of “tossing through the air” to see how it can be prevented from slipping or tilting in the thinner Martian atmosphere – mind you, a lot of hardware landed on the planet, but none of it left the surface so far.

This year there have been 23 tests conducted on Mars Sample Return hardware, and “we’re on the right path,” as Chris Chatellier, the system’s lead engineer at JPL says.

At the time of writing, there is no launch date set for the mission, but given how it’s supposed to happen towards the end of the decade, engineers still have plenty of time left to refine their work. 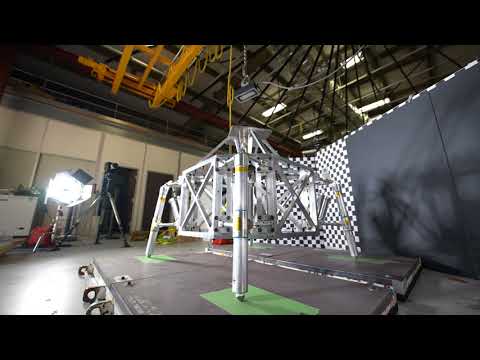