2 Shaun the Sheep Going to the Moon, Joins Campos Moonikin and Snoopy

3 Best Artemis I Launch Viewing Spots Sold Out, a Parking Lot Is Pretty Much All That’s Left

4 SLS Rocket Now Has Flight Batteries, Work Underway to Get It Ready for August 29 Launch

5 It’s Time To Get Fired Up About Artemis I’s Launch, the Next Moon Landing Finally in Sight
Car video reviews:
Coverstory

Earlier this week, we discussed at length the cargo the Orion capsule will carry to the Moon and back during the Artemis I mission. It’s a very colorful and diverse list, but the items included there are not all NASA is sending up there with the mission.
9 photos

Alongside Orion, the Space Launch System (SLS) rocket will also launch into space a number of ten CubeSats, each created to carry on a specific mission in space. One of them is called BioSentinel, and is tasked with performing “the first long-duration biology experiment in deep space.”

More specifically, the machine will carry with it on the trip to the Moon yeast, in an attempt to expose it to the conditions of space and “fill critical gaps in knowledge about the health risks in deep space posed by space radiation.”

The microorganisms that form yeast (the same thing used to make bread or beer) have cells which have biological mechanisms similar to the human ones (like, say DNA repair after damage). They'll have to spend anywhere between six and twelve months floating in zero-G, somewhere between our planet and its satellite.

Samples of yeast will be activated at different intervals, and its vital signs (yes, it seems yeast has vital signs) will be monitored by BioSentinel. The hardware will look at cell growth and metabolic activity after exposure to a high-radiation environment, thus helping scientists here on Earth draw the relevant conclusions.

Once the results are in, people of Earth hope to learn more about how space radiation affects cells, especially in light of the soon-to-be-planned missions to the Holy Grail of space exploration, planet Mars.

In fact, NASA plans to make extensive use of the Artemis missions to prepare the Mars exploration program, so expect a lot more strange science experiments coming our way in the not-so-distant future.

Artemis I is scheduled for lift-off on August 29. 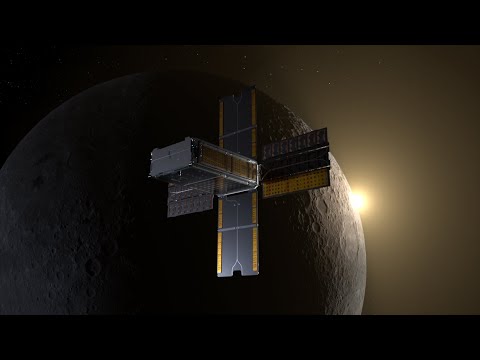