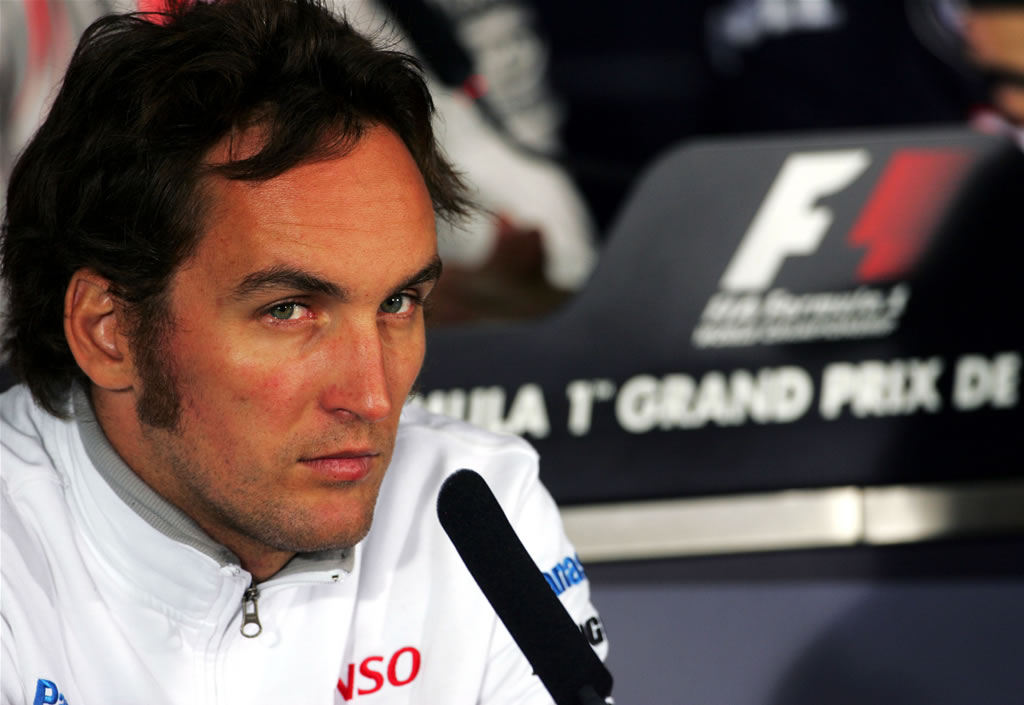 Franck Montagny seems to hold a good chance of making his Formula One comeback next season, as the French driver confirmed he is in talks with Renault F1 Team for a 2010 race seat. Although he was initially linked with a deal with newly entrants US Grand Prix Engineering, the former Toyota test driver said that he rather prefers joining Robert Kubica at Enstone next season.

According to 20minutes.fr, the former F1 driver admitted that his manager is currently in talks with the French manufacturer, but no decision has been made just yet. Also, he couldn't confirm whether a testing date was set in order for Renault to watch him at work in a Formula One machinery.

Renault are likely to get rid of current rookie driver Romain Grosjean at the end of the season. Most media reports link this move to the fact that Grosjean was championed by disgraced manager Flavio Briatore. Regardless of Renault's reasons, it's clear that the Enstone team is on the lookout, with Bruno Senna, Timo Glock and also Nick Heidfeld potential Kubica teammates in 2010.

Kubica himself admitted, soon after inking his one-year deal with the French manufacturer, that his new team is seeking another experienced driver for their 2010 lineup, which practically means Senna will likely be scrapped from that list.

Montagny, on the other hand, would not qualify for the “rookie driver” status, as he previously tested for Renault and Toyota in Formula One. In addition, he used to drive for Super Aguri outfit back in 2006 (for 7 races), despite failing to secure a point in the championship.

Also, the fact that he's French should count quite a lot, as Romain Grosjean's projected outing would mean France will not have a single driver on the 2010 Formula One grid.