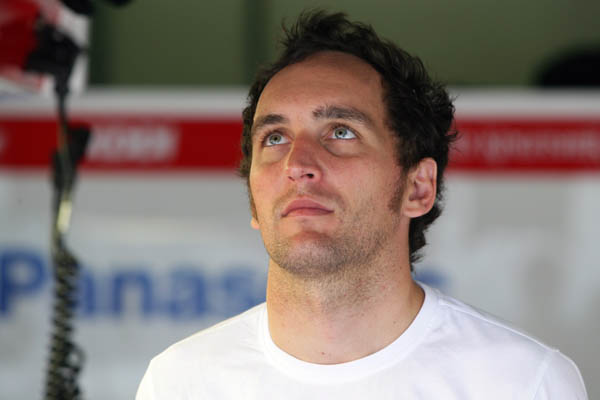 After failing to make a return to Formula One in recent years, French driver Franck Montagny finally managed to secure a part-time drive in this year's Indy Car Series. Andretti Green Racing today announced, via a press release, that the 31-year old driver will drive the #25 AFS Dallara/Honda/Firestone in the Indy Grand Prix of Sonoma at Infineon Raceway, therefore making his very debut in the series.

Montagny has so far started in 7 Formula One race in 2006 – all for Super Aguri Team – after which he was picked by Toyota as test/reserve driver in the following years. While tired of playing second field in the Great Circle, the Frenchman decided to switch to American Le Mans Series last year, signing a deal with AFS Racing. In his debut season, he took 2 wins in the LMP2 class– at Belle Isle and Laguna Seca – the first of which being an overall victory.

“I am certainly looking forward to my IndyCar debut in Sonoma with AFS and Andretti Green Racing. I was able to test one of the team’s Indy cars last year and very much enjoyed driving it. Being able to test the track this week will be very helpful for me to learn the circuit and prepare for the race. We have a lot of work to do to get ready, but I believe we are up to the challenge,” said Montagny.

The French driver will not replace anyone in the AGR lineup, as he will only join the existing 4 drivers currently competing in the Indy Car Series – Marco Andretti, Tony Kanaan, Hideki Mutoh and Danica Patrick.

“We’re very excited to see this come together for Sonoma. This is a good opportunity for Gary to showcase AFS at the IndyCar level and we think Franck will do a great job in the car that weekend,” added Michael Andretti, Chairman of Andretti Green Racing.

The Indy Grand Prix of Sonoma is scheduled for August 23rd, at one of the few non-oval tracks in this year's Indy Car series, the Infineon Raceway.