Mercedes-Benz T80 – The Record Car That Never Was 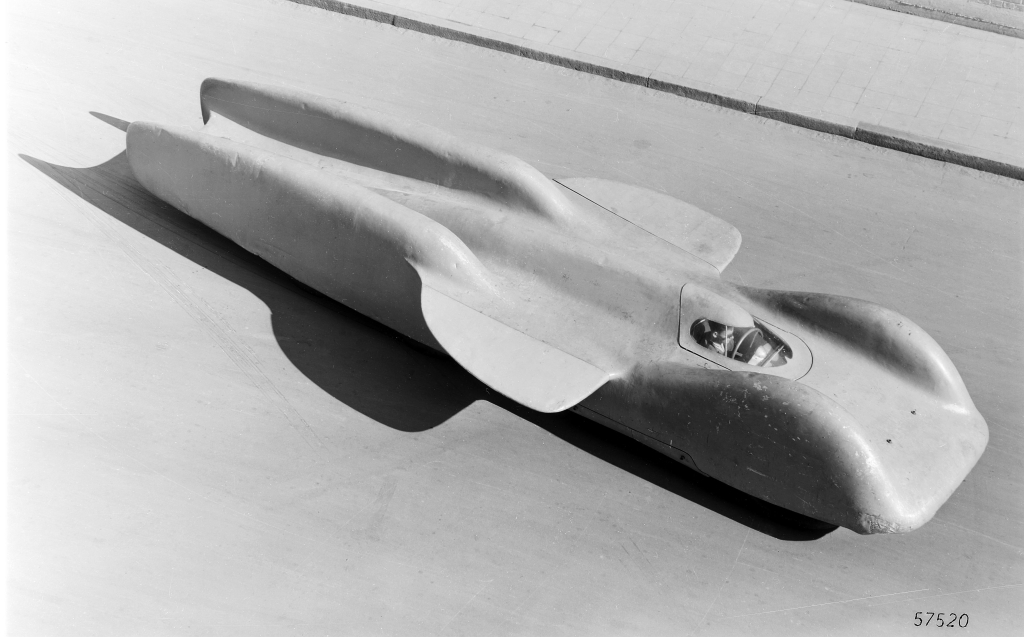 In the decade just before World War II broke out, two German car manufacturers were having their own private wars against each other. We're talking about Mercedes-Benz and Auto Union, which, in part thanks to a load of cash and a couple of direct orders coming from none other than Adolf Hitler himself, were set to become the most prodigious car manufacturers in the world.

At first, they battled in Grand Prix racing - the predecessor racing series of today's Formula One - with cars that were the most advanced and most powerful in the world for that era. From 1934 to 1939, no other car maker even came close to their compiled winning streak.

Cars like the Mercedes-Benz W25, W125 and W154 were either winning or losing against their arch enemies from Auto Union, in the form of the V12 and V16, Porsche-designed P-Wagens. Coincidentally, the teardrop shape of the mid-engine Auto Unions was somewhat based on the 1923 Benz Tropfenwagen, which was built when Ferdinand Porsche was working for Daimler a decade earlier.

The second battlefront for the 1930s war between Mercedes-Benz and Auto Union was something that spawned one of the greatest periods in automobile history from the point of view of land speed records. 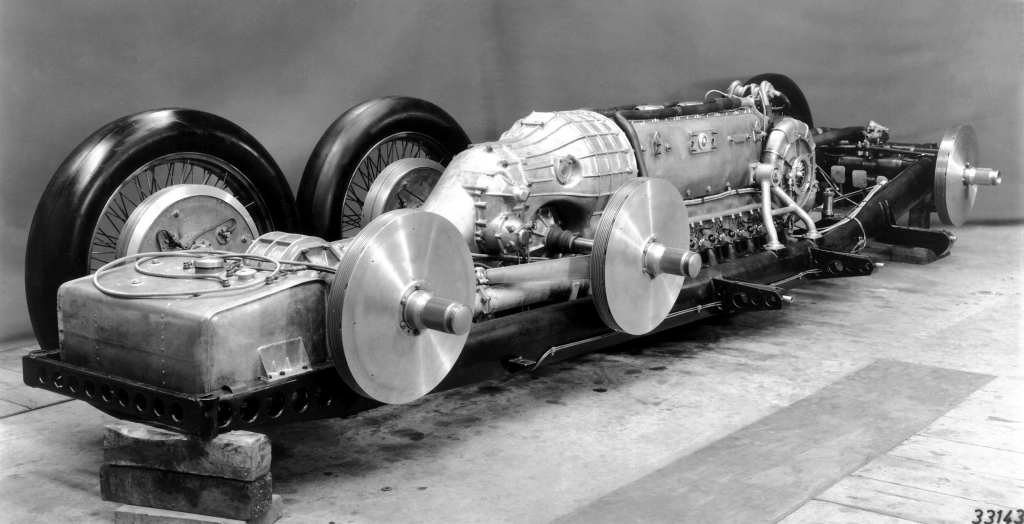 This whole automotive lunacy started in 1933, when Adolf Hitler became the chancellor of Germany and announced that his country would compete and win on the world’s racetracks in order to demonstrate their technological supremacy. For this to happen he also announced a hefty government subsidy for a racing program to be put in place by the best German manufacturer at the time.

At first, it was only Mercedes-Benz who had been selected to receive a government’s sponsorship of German marks. The then recently-formed Auto Union, along with Ferdinand Porsche and famed racing driver - and a friend of Hitler - Hans Stuck, managed to convince the future Fuhrer to divide the subsidy between Mercedes-Benz and themselves. This in turn spawned the era of the Silver Arrows, a period of racing wins and records that had never been duplicated since then.

Speaking of which, the subject of our story was the successor of a long line of record-breaking Silver Arrows, almost all of them being based on Mercedes-Benz Grand Prix cars. The first predecessor of the batmobile-like Mercedes-Benz T80 was the 1934 W25 streamliner, which was equipped with a supercharged inline-eight cylinder engine, capable of 430 horsepower and 318 km/h (197.6 mph).

The W25 rekordwagen's second iteration came in 1936, with the engine switching to a twin-supercharged V12, capable of 616 horsepower. This monster of an engine brought the car to a top speed of 372 km/h (231.2 mph), about the same as the Brabus E V12 we tested a while back.

The third land speed record car was based on the W125 Grand Prix car but keeping the twin-supercharged engine. It was upgraded to offer no less than 736 horsepower, thus bringing the car's top speed to 433 km/h (269 mph), an attempt which it bested on a closed autobahn.

To further improve your trivia knowledge you should know that, as of 2010, Rudolf Caracciola's record of 432.7 km/h (269 mph) over the flying kilometer on 28 of January 1938, still remains the fastest ever officially timed speed on a public road. Not even the Veyron Super Sport has managed to beat it so far.

The forth and (almost) final record car was based on the Mercedes-Benz W154 Grand Prix car , which, because of newly-enforced racing regulations had to use a smaller twin-supercharged V12, capable of "just" 468 HP. Its top speed was a "modest" 400 km/h (248.5 mph). 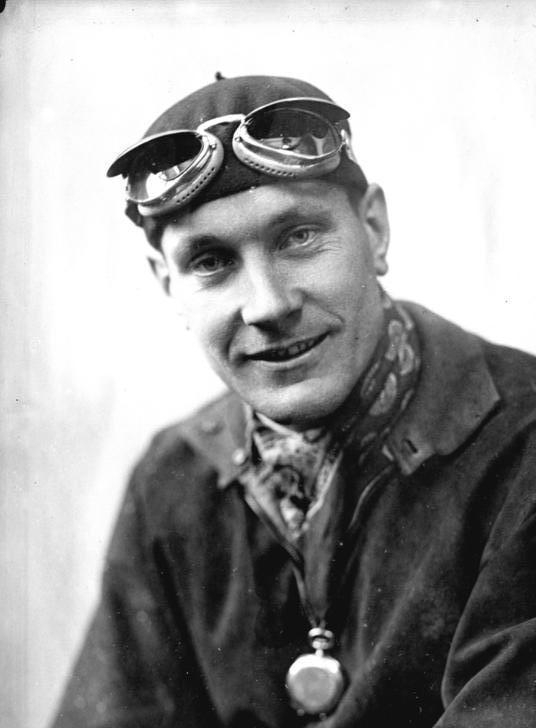 Following these rather small steps in creating the fastest car in history, Mercedes-Benz was left with few choices. So it happens that during their racing and record-breaking tenure, some little help came right from the enemy.

"For some years now, I have been planning the realization of my lifelong wish - the absolute land speed world record. I already spoke with Dr. Porsche quite some time ago in this matter, and he expressed his willingness to undertake the design of the vehicle, if it were to be built by you." These words were written by none other than Auto Union racing driver and Hitler protege, Hans Stuck, in a letter sent to none other than Wilhelm Kissel, who was chairman of the board at Daimler-Benz between 1930 to 1942.

The letter was dated August 1936, but it took another year or so until the two actually reached an agreement and the foundation of the absolute land speed record project began to be put into place. Unlike Mercedes-Benz's other record trials, this one was to completely obliterate any future attempts by others for decades to come. And it almost did.

Apart from having a close connection to the Fuhrer, Hans Stuck was counting on support for almost every part of the project. Ex-Daimler and Auto Union Ferdinand Porsche was going to be head engineer of the project, aircraft-builder Henkel was to build the exterior paneling for the car, while Ernst Udet - then head of Germany's Air Ministry Technical Office – was going to provide two Daimler DB 601 airplane engines. On top of that, two of Stuck's friends, Swiss Baron de Blonay and Max Klinger were prepared to support much of the manufacturing costs, since this was technically a money-no-object project, and Mercedes-Benz was as cash-strapped as any other German company at the time.

During the record car's build-up, its specifications changed drastically and at one point even Hitler himself more or less became involved in the project. While the car was officially named the Mercedes-Benz T80, the Fuhrer nicknamed it the "Schwarzer Vogel" aka Black Bird, and was set to paint it in nationalistic colors, complete with German Adler (Eagle) and Hakenkreuz (Swastika) additions. 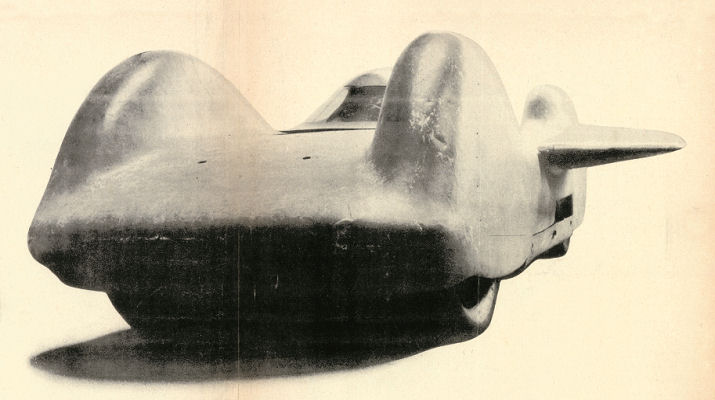 After a lot of international places were considered, Hitler dictated that the land speed record attempt would have to take place on German soil. He was of course envisioning the Mercedes-Benz T80 as another propaganda triumph of German technological might and superiority over the rest of the world.

With the total project costing over 600,000 German marks, which was gigantic for those times, the "Schwarzer Vogel's" final technical specification was unholy, to say the least. The engine was derived straight from the DB 601 inverted V12 powering the Messerschmitt Bf 109 fighter plane.

The land speed record attempt with Hans Stuck at the wheel was set for January 1940, but the outbreak of World War II prevented its run. The preserved car can now be seen at the Mercedes-Benz World museum in Suttgart.