4 Mayfield Cleared for Racing thanks to US Court 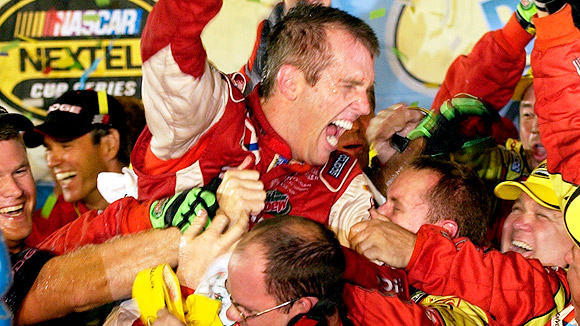 It has been quite an unpleasant year for NASCAR driver Jeremy Mayfield, problems who have their roots in the June 2009 failed methamphetamine drug test. Kicked out through the back door, the angry driver filed a lawsuit against NASCAR, an initiative which got scrapped in May this year by the Federal Court in Charlotte, who dismissed his action against the competition's governing body.

Since then, Mayfield has pretty much slipped out from public attention, even if his war with NASCAR and the federal justice system was not over. But as NASCAR teams are gearing up for the start of the 2011 season, the former All Sport Toyota Camry driver decided to fight the court's decision.

Last week, he filed the notice of appeal and is currently getting ready to submit the papers for the court action itself. According to NASCAR, the next decision in this case might be taken, if all the papers are submitted properly, in May 2011.

Mayfield denied, even since being discovered to have used illegal substances, having anything to do with drugs. Even so, the NASCAR hammer fell hard of his head, suspending the driver indefinitely. Bitter and angry, Mayfield sued NASCAR for breach of contract, discrimination and defamation. When he filed the lawsuit, he was asking for both financial damages and the right to get back into the competition.

When he won an injunction to participate in NASCAR races in 2009, he didn't follow up on it, leaving only the financial aspect of the lawsuit as his main target.