2 Marchionne Officially Confirms There Will Be a Roofless LaFerrari Spider

3 LaFerrari Offroading, How Silly Is This?

5 Ferrari Experiment (Not a Prank): Does a Supercar Attract Women?
Coverstory

Vlad Mitrache
Ferrari CEO Sergio Marchionne famously drove a Tesla and decreed that this particular brand he's in charge of will never build an electric vehicle. Well, those weren't his exact words (he said that a Ferrari without a combustion engine would be "an obscene concept"), but that was the main idea.
8 photos

And while he may remain true to his word, that doesn't mean that no Ferrari will ever know the feeling of being moved by means of electric energy alone. The new LaFerrari already uses electric motors, but it's a mild hybrid (the only thing mild about that car) so the wheels are never turned exclusively by electricity. So in order to find that, we need to look elsewhere.

And the answer is, obviously, California. A company called Electric GT took one of the iconic Ferrari models (the 308 GTS) and turned it into a fully-functional EV. For some, this is a blasphemy and a sacrilege, while others will drool at the possibility of driving one of these legendary vehicles with zero guilt - which only goes to show you can never please everyone.

The conversion was made easy by the fact that the original car had its original V8 engine and electric wiring burned down following a fuel leak incident (no chance of that ever happening again now), so there wasn't much to remove. They did end up taking a lot of stuff out, however, as the added weight forced them to strip every non-essential equipment off the 308 GTS (now renamed GTE).

As you would expect, the list of modifications is ample, but the most important parts are the three AC51 HPEVS electric motors and the 30 kWh battery pack (48 3.3-volt lithium-ion batteries). To retain the feeling of driving a 1978 Ferrari, Electric GT also installed a Porsche G50 five-speed manual gearbox in a "flipped midengine orientation." A multi-geared transmission also helps with power delivery and efficiency.

The three motors add up to 465 hp and 330 lb-ft (447 Nm), but no further performance data has been released. Anyway, it's a lot more (over twice the amount of power) than the 308 GTS was used to from its V8 engine. The battery pack is good for a 100-mile (160 km) maximum range, but Electric GT plans to introduce a battery pack twice as large in the future.

Even if you don't fully agree with the conversion, it's worth pointing out that the 308 GTS would have ended up in the dumpster had Electric GT not jumped in to rescue it. The reborn 308 GTE will participate in this year's ReFuel Electric Car Races on May 22 at Mazda Laguna Seca Raceway, so if you happen to be there, keep your eyes peeled (because your ears won't help you that much). 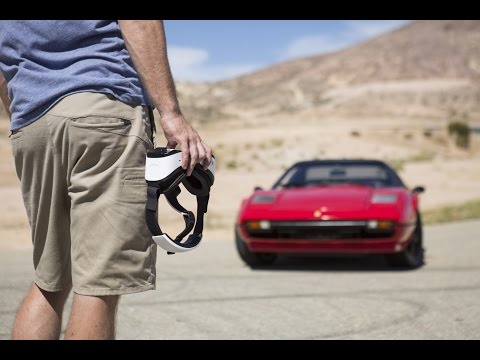