2 Volkswagen Agrees to Pay the DOJ $4.3 Billion Over the Dieselgate Fiasco

3 Volkswagen Signs Canada's Biggest Settlement Ever Because of Dieselgate

Magazine Tests Volkswagen Cars Before And After Dieselgate Fix, Figures May Vary

Teknikens Varld, the Swedish magazine that usually makes headlines for its moose tests, has announced a thorough analysis of the effects of Volkswagen’s Dieselgate fix on several TDI-engined cars.
1 photo
The magazine contacted several owners of Volkswagen, Audi, Seat, and Skoda vehicles, all equipped with Dieselgate-affected TDI engines.

The owners have agreed to let an independent shop test their cars on the dyno before and after they went to authorized workshops to receive the fix proposed by the German corporation.

While some owners of TDI-engined models from Volkswagen were satisfied with the results, others were not pleased. Complaints included increased fuel consumption, reduced throttle response, and a different torque curve. The latter seemed to be a common problem, and it seems as the engines were “tamed” by the software fix.

Apparently, some vehicles have lost as much as ten percent of their maximum torque, and the peak values are reached higher than before.

Each client was handed a certificate from Volkswagen that explained that the vehicle was in full compliance with emissions standards. The automaker assured its customers that performance would not be affected, but these dyno tests show that the real situation might be different.

Interestingly, the 1.6-liter TDI engines, which also received a “flow straightener,” have not registered a drop in power. One of the VW Golf models that got the fix even ended up with more horsepower and torque. However, that model did offer the peak values at higher rpm.

All of the owners who found that their cars had a "dull" torque curve after the fix had complained about drivability before getting their vehicles tested on the dyno for the second time.

The discrepancies found in the results are expected, in many ways, and this happens because two cars cannot be identical in power, torque, and fuel economy after they are driven for several thousands of kilometers, and the same recipe may not bring an identical result for two different vehicles with the same engine. That is why tuners use dynamometers to ensure that their settings are adequate.

When asked by Teknikens Varld for a point of view on the situation, Volkswagen representatives told the journalists that they are surprised to learn about unhappy clients.

VW’s internal review showed that only 0.1 percent of Swedish customers are unhappy after 75,000 cars were reprogrammed, and the reasons for the dissatisfaction vary. The figures are consistent with those found in the rest of Europe.

The automaker relied on the KBA to test the effects of its proposed fix for the Dieselgate situation. The German brand asked its unhappy clients to visit the dealers that made the fix to see if something can be done. 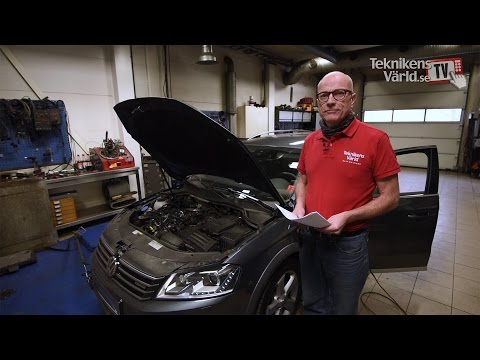