1 Toyota Gets Sued for Sudden Allergy

3 Lexus Driver Gets Distracted by Luxury Dash - Hits a Tractor

5 Keep Your Heads Up for the Scion SWAG Machine
Car video reviews:
Up Next

No, this isn’t a gang of classy bank robbers that chose a luxury Lexus GS as a getaway car - it’s a gang of pot-smokers that refused to cooperate with the Canadian law’s enforcement.
1 photo
At least half a dozen police patrol cars from St-Jerome town, Canada, were involved in a highway chase after three suspects in a Lexus refused to step out of the vehicle for further questioning and vehicle checking.

A provincial policeman said that the incident begun Friday at around 1.30 a.m. when he pulled over a suspicious third-generation Lexus GS sedan with three man on board. The police officer said that a smell of marijuana was coming from the vehicle, so he asked the driver to step out of the vehicle for further questioning.

The driver probably got panicked, so instead of getting out, he put the pedal to the metal and so the chase begun. After dodging two sets of spike mats at around 160 km/h (100 mph) the driver reassessed his situation and decided to pull over, moment that was captured by a cameraman from Radio-Canada as you can see in the video bellow. 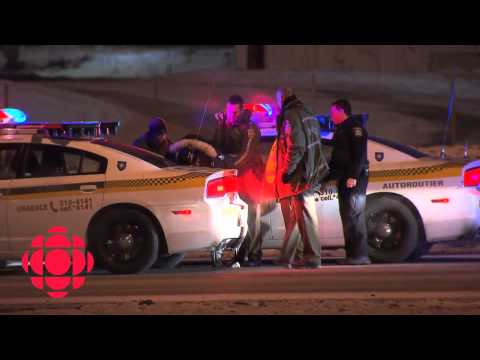