The Lexus UX was already a best seller for the Japanese company and thus decided to release the electrified version of it, the UX 300e, at the Guangzhou Auto Show.

Sure, the 300e is almost identical to the standard UX when it comes to the design, the small differences consisting of the new alloys and a lower stance.

The big differences between the two were the charging port and what we could find under the hood. The 300e had an electrical engine that developed 201 hp and 300 Nm, powered by a 54,3 kWh battery.

Lexus estimated an autonomy of 400 km, which made the UX 300e a good companion for long roads as well. Of course, the 400 km could be less or more, depending on the speed, weather conditions or the road itself. The battery could be fully recharged in 50 minutes (at 50kW).

The EV dynamics are improved with the battery pack that’s been mounted low in the vehicle, thus moving the significant mass lower to the ground.

While 150 kW might not sound like enough for the SUV, it actually weighs 1900 kg and with the instant torque delivery, the 300e had a smooth and compelling acceleration.

The EV pretty much ticked all of the boxes, but there were still room for improvement in areas such as the trunk – a bit small compared to its rivals. 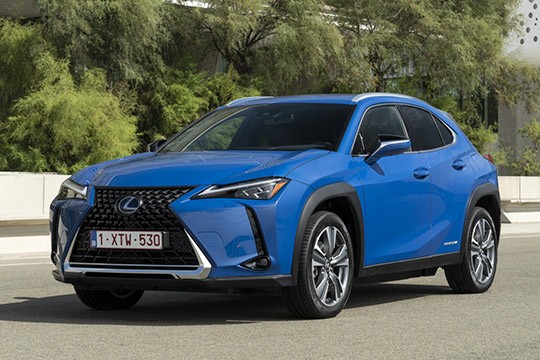