Home > News > Industry
Alex Oagana
Most hobbyists do everything in their power to always fuel their passion, no matter what the costs are. Of course, if your passion is collecting used tissues, your budget probably won't receive a dent such as wanting to have the biggest Mercedes-Benz AMG car club in the world.
1 photo
The Group 63 AMG club in Dubai is probably not the biggest one in the world right now, but they are pretty sure that they're on their way to becoming just that.

Currently they seem to have hundreds of AMGs, most sporting the “63” moniker, with the C-Class, E-Class and CLS being their usual weapons of choice.

The club was started in Dubai, where there is probably an abundance of AMG models on the streets anyway, so the idea to start a club was most likely a no-brainer.

How is it being in an AMG club that situated in the Middle East? Well, in case you're not sure what it actually means try and watch the following interview with an open mind (try to refrain from laughing at the funny accent) and hear all the details from the Group 63 AMG president himself. The cars featured in the video are definitely worth it. 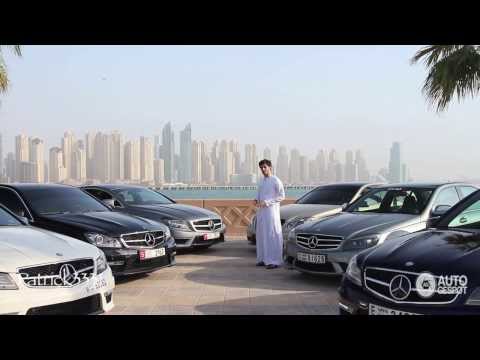