2 How About a 3D Printer That Moves and Is Completely Autonomous?

5 This Four-Wheeled Robot Laughs in the Face of Gravity, Climbs Walls
Coverstory

Hyundai Develops "Iron Man" Suit to Be Used by the Military

Vlad Mitrache
It would appear comic book geeks are everywhere, including some of the departments of Korean giant Hyundai. We mostly know the company for the automobiles it produces, but like most of the big names in Korea, it makes pretty much anything from kitchen blenders to heavy equipment.
1 photo
Pretty soon it'll be able to add "robotic exoskeleton" to the list as well, as Hyundai has revealed how advanced the company is in coming up with such a device. The idea of exoskeletons has been around for many years - ever since Ripley killed that alien with the yellow power loader, we think - and depending on their features, they could be useful in a number of fields.

Hyundai is currently focusing on three of them: heavy industry, physical rehabilitation and, of course, the military. As you would expect, the latter of the three is top secret, so if you want to know more about it, you're going to have to convince your president to attack South Korea and wait for an invasion force. The other two, however, are much more easily available.

The Koreans might not be such big fans of Marvel comics after all, as the Iron Man parallel is a bit stretched until they manage to strap on a jetpack as well. But that doesn't mean that the things the suits can do are any less impressive. For somebody who can barely move their legs on their own to suddenly be able to lift 100 kilos (220 pounds) would probably feel surreal. Not to mention walking without any additional aids - that's almost like being reborn. You will have to make some furniture adjustments inside your home and invest a whole lot more in the sturdiness of chairs, but it would be a small price to pay.

It took Hyundai six years to reach this level, so there's no telling when this type of technology will actually make it into production. Right now, it's still in a sort of beta phase where they're testing its features and polishing up any rough edges, but like anything that's completely new, it will take some time. Let's just hope the xenomorphs are patient as well. 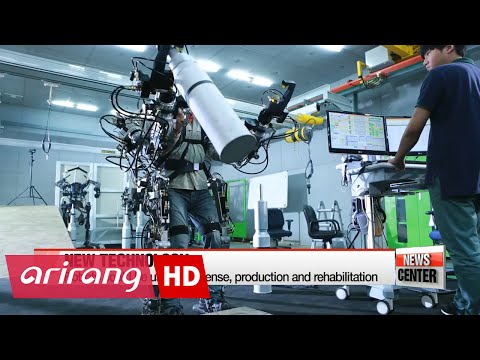