How to Enable the Brand New Google Maps Driving Mode

Everybody knows already that Google Maps is the world’s leading navigation app, and Google is working around the clock to make it an even more integral part of the experience behind the wheel.
3 photos

This is why the company has recently added a new driving mode powered by Google Assistant, and this is currently available in the United States as part of a preview program.

In other words, if you’re trying to launch the driving mode in a different region, this won’t work, as Google just wants to collect more feedback on this feature before making it widely available for everybody.What is the driving mode?
First and foremost, let’s see what this driving mode is all about.

Pretty much a replacement to Android Auto for phones, the new Google Assistant driving mode bundled with Google Maps transforms the navigation app into a central hub for your experience in the car.

With Google Maps as the default navigation solution and the core of the driving mode, the new feature allows you to interact with the apps you need behind the wheel, such as music players, messengers, and others, all from a new UI fully optimized for drivers.

“Thanks to the new driving-friendly Assistant interface, you can easily get more done while keeping your focus on the road. Use voice to send and receive calls and texts, quickly review new messages across your messaging apps in one place, and get a read-out of your texts so you don’t need to look down at your phone—Assistant will even alert you to an incoming call so you can answer or decline with voice. You can also play media from hundreds of providers around the globe, including YouTube Music, Spotify, Google Podcasts and many more,” Google explains.

In other words, the driving mode is a new UI for Google Maps that connects the navigation solution with other apps coming in handy when driving. As said, it’s more or less a replacement for Android Auto for phones, and the UI you can see in the screenshots here is the living proof in this regard. 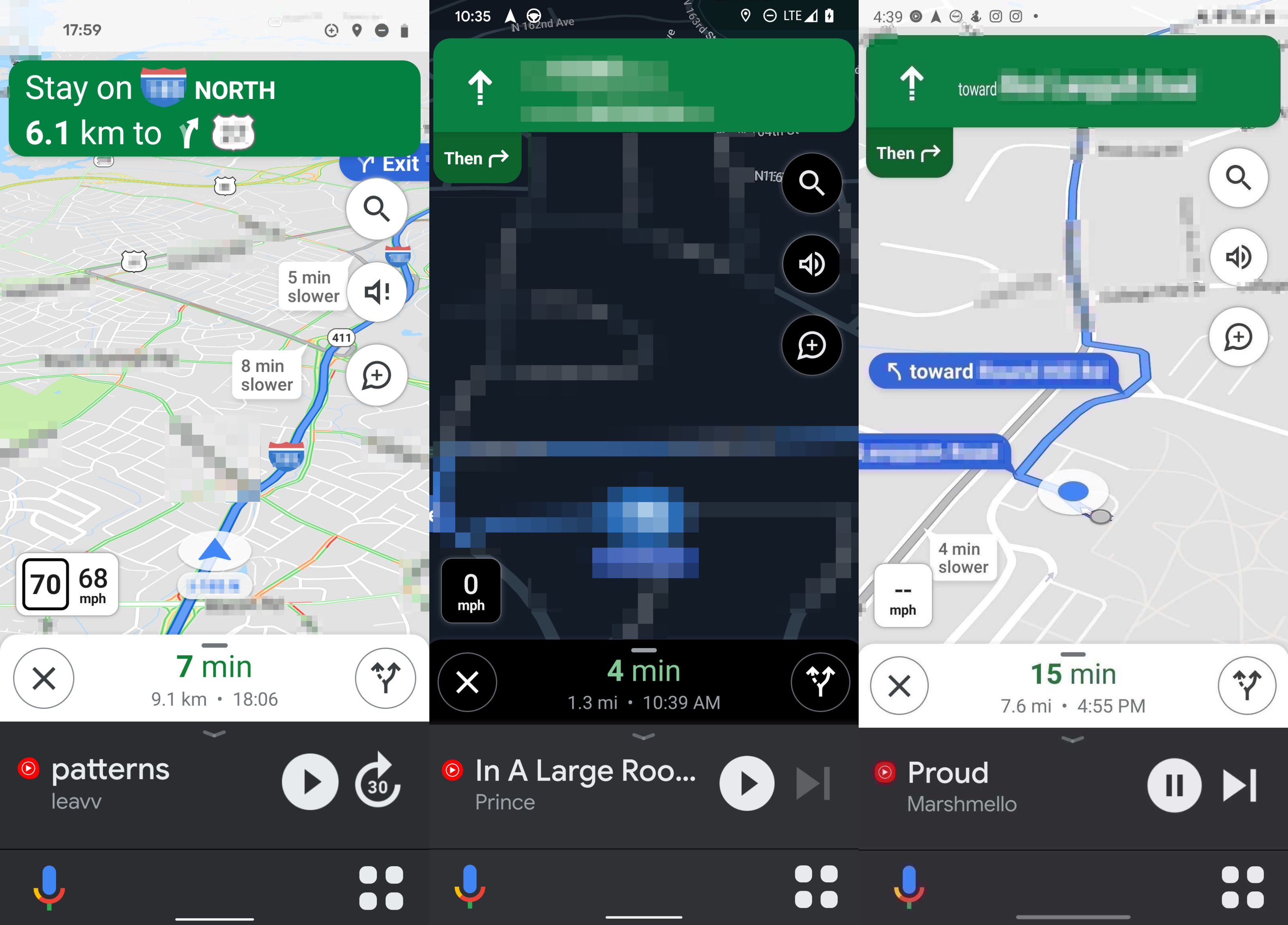 How to use the driving mode
Before anything else, keep in mind this feature is only available in the United States and only works on Android devices running OS version 9 or newer. It requires at least 4GB of RAM and must be used exclusively in portrait mode – a landscape UI is likely to be added at a later time, but for now, Google just sticks with the basics to make sure everything is working properly.

While the driving mode comes bundled with Google Maps, you need to enable it within the app. To do this, go to Google Assistant settings on your device and open the Getting around > Driving mode menu. Make sure the Driving mode toggle here is switched to on.

Now that the driving mode is enabled, you can simply launch Google Maps and set up the navigation using the car icon. When the start button is pressed, you should see Google Maps running in the driving mode, and you can interact with the on-screen controls either with touch input or using voice commands.

Just like Android Auto for phones, the whole experience is supposed to be distraction-free, so hands-free interaction is obviously recommended. Google Assistant can do pretty much anything in the driving mode, including making and answering calls, sending and reading messages, setting up the navigation, and playing the music.

Google hasn’t provided an ETA as to when this feature is projected to launch elsewhere.