How the Aston Martin Aeroblade Works

When the new Aston Martin DB11 was introduced in 2016, it brought with it an innovative system meant to generate enough downforce for the car to keep to the road at high speeds. Since then, the system has evolved to be included on DB11’s offshoot DBS Superleggera, including the recently introduced DBS Superleggera Volante.
11 photos

When designing extreme cars, downforce is one of the things engineers cannot ignore. Defined as the force procuced by a combination of air resistance and gravity that acts on a moving vehicle, downforce is what allows cars to move extremely fast and not lose grip, not even when cornering at high speeds.

Downforce relies on the clever use of air flow that moves around the vehicle. Whereas in airplanes air can be directed in such a way as to generate lift and allow them to take off or climb, in cars the process is reversed, and the air is used to literally push down on the vehicle .

Over the years, a great number of technologies were tried by carmakers as means to generate downforce, but the industry, at least when it comes to road legal cars, has pretty much settled on having wings of various sizes and shapes fitted at the rear.

Be it fixed or retractable and varying in size depending on needs, rear wings have now become a synonym for supercars. But they are not the only available solution, and at times not even the best looking one.

Carmakers that have made a habit of designing supercars have come up with alternative means of generating downforce by creating opening and ducts inside or beneath the car, to properly direct air where it can have the maximum effect. McLaren, Ferrari and even Ford for the GT are just a few examples.

But Aston Martin literally redefined both the way in which downforce is generated and the aesthetics of the process. In the DB11 and subsequent machines, if you didn't know where to look, you wouldn’t even notice the Aeroblade.

As a whole, Aeroblade is a system of intakes, ducts and openings that captures the surrounding air and rushes it out the back and upwards.
As the car accelerates, air flowing on the sides of the car is being trapped by openings in the C-pillar, right behind the rear windows. Ducts fitted within the car’s body then direct it to the back, where it exits via a tiny aperture that spans for the entire length of the lid.

By making the air rush upward as a jet, the rear of the DBS Superleggera for instance is pressed down with a force of 180 kg.

Of course, this solution does not completely solve the downforce problem. There is a lot of air, especially at high speeds, that tends to fight what the Aeroblade is doing, creating downwash as it moves down from the roof of the car.

This excess air is being handled by using a small active spoiler that automatically extends from the decklid. Acting as a Gurney flap, it disrupts the downwash and adds to the car’s stability.

As said, since the introduction of the DB11 three years ago Aeroblade evolved. In the DBS Superleggera for instance, a car described by Aston Martin as the “most aerodynamically sophisticated production car ever,” Aeroblade comes in the form of a fixed carbon fiber element that works together with a double diffuser.

For the Volante models, due to the requirements created by the soft-top configuration, some changes had to be made as well, but the Aeroblade continues to be used.

By deploying this technology, Aston Martin was capable of maintaining the clean look of the models launched starting with the DB11 and not spoil them fitting uncharacteristic rear wings. 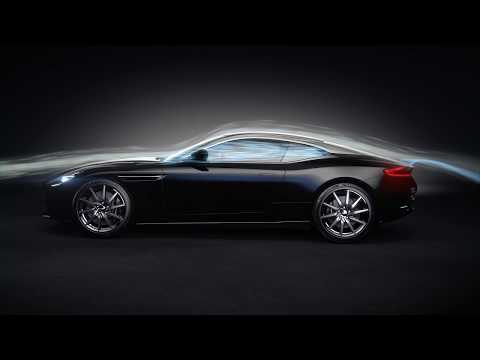 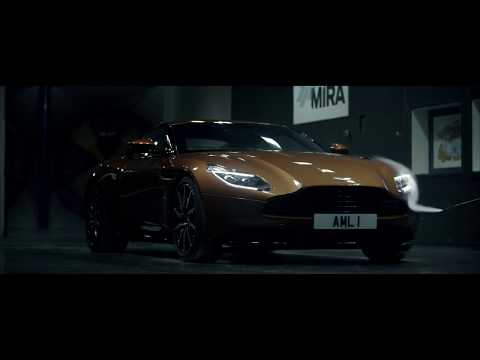