1 Chevrolet Silverado EV Has 150,000 Reservations, Will Help GM Get to One Million EVs

3 GM's EV Ambitions Get Smaller by the Day, and Nobody Asks Mary Barra Why Is That

Named after Swiss-American racer and entrepreneur Louis Chevrolet, the best-known brand in the General Motors portfolio was founded in 1911. Many things have changed since then, and not for the better. As opposed to the heyday of the 1950s and 1960s when everyone wanted an Impala or a Camaro, the Golden Bowtie is a little – dare I say it - mismanaged.
11 photos

Although unconfirmed, Chevrolet has tacitly signed the death warrant of the Camaro by not keeping up with the Ford Mustang and the beefier Dodge Challenger. The Bolt EV and its EUV-branded crossover sibling have been irremediably affected by the worldwide battery recall fiasco. The Silverado 1500 ZR2 doesn’t have a supercharged V8 option to fend off the Ford F-150 Raptor R and Ram 1500 TRX. Don’t even get me started on the reincarnated Blazer, the rental car-like Malibu, and the reliability issues.

Following the Chapter 11 reorganization, GM seems to be increasingly out of tune with consumer-driven trends. The biggest of the Big Three in Detroit has a long history of not identifying trends in a timely fashion. The General Motors EV1 comes to mind, the first mass-produced passenger car of the modern era. All the wrongs attributed to Chevrolet in recent memory are summed up rather nicely in this video, coming courtesy of DYTASTIC.

The ”Honest Chevy Commercial” begins rather predictably. “We’ve never been the loudest, the best selling, or the most powerful. But we don’t care. Uncle Sam will bail us out anyways.” Apply cold water to burn!

The video’s narrator then hits General Motors where it hurts. “We personally love our cars so much so that we usually take them back,” referring to the 26 million vehicles recalled in the first half of 2014. Certain vehicles are included in the infamous ignition switch fiasco that killed 124 and injured 274 people.

In light of these very dark times for General Motors, the Detroit-based automaker still hasn’t learned its lesson. You only need to search for your favorite nameplate in the NHTSA database to understand how poor the quality control, quality assurance, and reliability still are.

The line that got me laughing out loud is towards the end of the clip. “Thanks to GM’s Alabama-inspired culture, we’re the most inbred car company around, which means we have a lot of family members.” 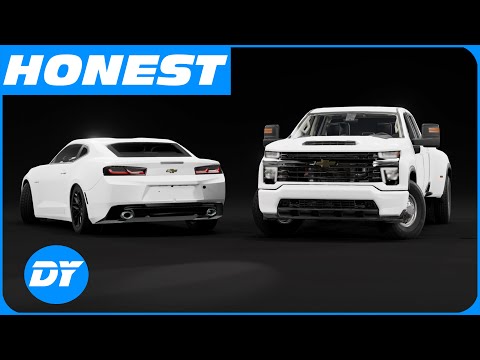