5 BMW Used the Help of a Professional Scent Maker for the Smell Inside the 2016 7 Series
Car video reviews:
Up Next

Here's a Self-driving Electric Hearse to Leave You Speechless, It's Called the Korbiyor

There’s no model in BMW’s current line-up more important than the brand spanking new 7 Series. The flagship was unveiled a while back and special test driving events have been held at various locations around the world already, with positive remarks being written in all corners of the world.
1 photo
However, the reviews are not what’s important here. What matters is how the car performs in all sorts of situations and straight up acceleration will be one of those. I’m not saying that drivers of the new 7er will be drag racing all the time, but they will probably press the accelerator pedal beyond the kick down point a couple of times.

When that happens, in any BMW, it’s good to know that you have plenty of grunt to take you out of there in no time and, the fastest model in the 7 Series range will do that easily.

The guys from Arab GT got a hold of one and decided to record just how fast a limousine of its size can accelerate, from the inside. Therefore, allow us to show you probably the first video of the new 7 Series accelerating to its top speed.

Either way, as expected, the BMW shows great acceleration potential up to around 150 km/h (93 mph) and then starts to slow down as its shape, aerodynamics and weight start to show their grinning faces.

The least impressive factor, however, is the sound the V8 makes as it reaches triple-digit speeds. I know that this is a limousine that has to be comfortable and quiet, but no V8 should be muffled out like that. 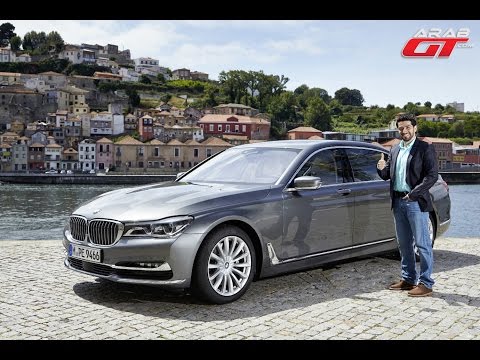