2 SLS Rocket All Locked Up Inside Now, It’ll Take Weeks to Get Out Again

3 First Major Hurdle for Return to the Moon Is Called SLS, Rocket to Be Removed From the Pad

Sometime in the near future, after NASA engineers find ways to fix some issues with the Space Launch System (SLS) rocket, the Artemis program will spring to life with the launch of the first, uncrewed mission to the Moon. And this second concentrated effort of exploring our planet’s satellite will be packed with the most advanced technologies.

Here Is How Amazon Alexa Is Going to the Moon

The Apollo program of the 1960s gave birth to some of the most advanced technologies known to man at the time. By today’s standards, those technologies are laughable – consider, for instance, the fact that the Apollo Guidance Computer (AGC) had 2,048 words RAM memory, which is roughly one million times less than what today’s smartphones have, and 72 kb of ROM, seven million times less.

Now, it’s true, the requirements for something to be sent to the Moon have not changed, so the AGC could probably perform its task wonderfully for Artemis as well, provided the program would rely entirely on 1960s tech. But it doesn’t, so there’s a need for humanity’s finest hardware and software to be included.

Back in January 2022, Lockheed Martin, Amazon and Cisco gave us the first details on one of the most advanced systems of Artemis. We’re talking about a human-machine interface that will be used in the Orion spaceship once humans are ready to be sent up to the Moon in it.

As with all things in life, the interface will at first have to be tested, and the three companies are currently working on a demonstrator nicknamed Callisto. It will be flown on Artemis I, the first mission of the program, still on track for a launch later this year.

Callisto, put together by Lockheed Martin, will be running Amazon’s Alexa virtual audio assistant and Cisco’s Webex communications tool, allowing future astronauts, if successful, new and exciting ways to interact with the spacecraft and talk to the people back home.

The three companies say this system “can help improve efficiency and situational awareness for those on board the spacecraft, providing access to real-time mission information and a virtual connection to people and information back on Earth,” and knowing what we know about both technologies makes that more than clear.

Callisto is a custom-built tablet-sized device. In the images released so far by its maker, it is used to display information such as external and cabin temperature, amount of propellant left, the distance to the Moon and the Earth, the speed of the spacecraft, and elapsed mission time.

The tablet is equipped with speakers, microphones and camera for Alexa and Webex to be able to work properly. Now, we all know these two need internet to work, but that will not be the case with the Callisto.

As far as Alexa is concerned, an “innovative technology” that has not yet been detailed, but will probably rely on onboard sensors, will allow it to function without an internet connection, while Webex will rely on NASA's Deep Space Network (DSN). That would be an array of giant radio antennas used to send instructions and receive data from spacecraft currently out there in the solar system and beyond it.

For Artemis I, the capabilities of the system in general and Alexa in particular will be tested from the ground, from the Mission Control Center at Johnson Space Center. People will be able to query Alexa about the status of the spacecraft, and will be able to control connected devices fitted on the Orion – what exactly those devices are we are not told.

If all goes well, it’s likely Callisto will move to a more permanent position inside NASA spaceships, and could probably expand to ones made by commercial space companies as well. We think it’s probably a safe bet to say that SpaceX will likely not use it. 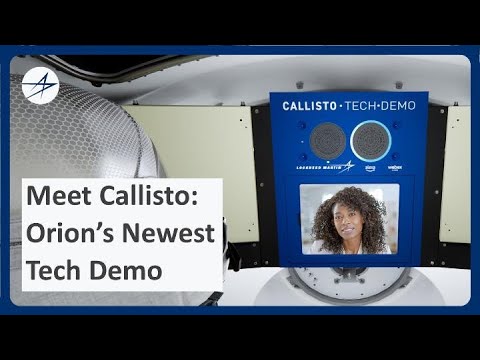