3 Audi A1 Sportback Launched in Malaysia

5 2013 Audi A3 Sportback Tuned by ABT
Coverstory

Get to Know the 2020 Audi Q3 Sportback With These Clips

Mihnea Radu
After bombarding us with new S models, Audi finally unveiled the Q3 Sportback crossover. It's a compact, premium car with a coupe-like roof that will do battle with the Range Rover Evoque.
1 photo
At first glance, the Q3 Sportback is one model too many. After all, the normal Q3 was also a sporty-looking thing. Upgrading to this new model is said to bring a price increase of about €2,000, but we gather some people already want to buy it and they might need some extra footage, especially the video kind.

The model is presented with the S line exterior package, which shouldn't be standard, but adds those piano black ground effects (chin spoiler, side skirts), as well as a specific sporty look for the air intakes. Another option being shown is the Shadowline package, which gets you that black single-frame grille, and some small accents in the mesh, which is not shared with the regular Q3.

Upgrades you will also probably consider include adaptive dampers, the wheels which go up to 20 inches, adaptive LED lights, and the S line interior package. Virtual Cockpit is standard, but the base 10-inch screen won't have maps or the highest resolution. Pulse Orange has to be our favorite exterior paint, especially when it's also the cheapest at €350.

The engine range is the same as the normal Q3 and it goes from 150 to 230 horsepower. Just one day ago, we spied the RS Q3 Sportback testing with a 2.5-liter making at least 400 HP. For this coupe model, Audi installs the S line lowered suspension standard, but it can be "deleted" at no cost.

Overall, it's an interesting car that compensates for increased prices with more features. But the interior just doesn't scream "luxury" like the fine leather in the Evoque or the Jaguar E-Pace for that matter. 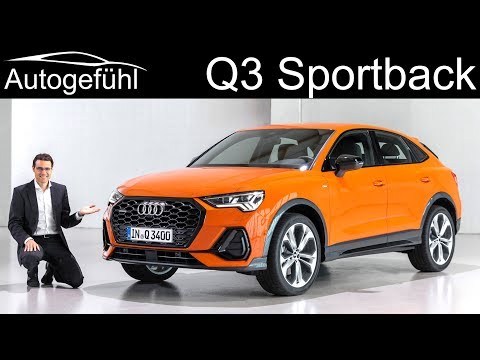 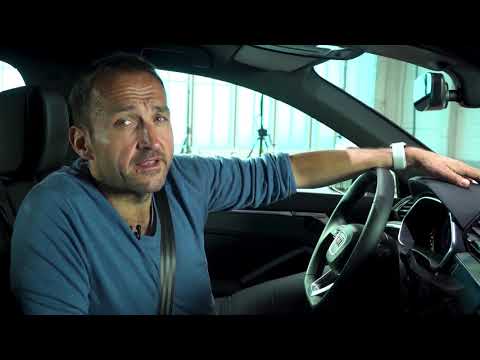