Get Ready for Many Shooting Stars, the Perseid Meteor Shower Is Peaking Tonight

Home > News > Space Junk
Otilia Drăgan
Whether you’re into astronomy or just want to admire one of the most thrilling natural phenomena, tonight marks the beginning of a three-day window when the peak of the meteor shower takes place. So, find the perfect spot and get ready for a starry night.
6 photos

It’s no wonder that meteor showers are so popular – who isn’t fascinated by the beautiful shooting stars? Well, they’re actually tiny grains of dust, that show up as streaks of light quickly flashing through the sky. The point is that one of the biggest meteor showers of the year already began in July, with the peak fast approaching.

NASA says this is “one of our most impressive skywatching opportunities for a while”, so it’s probably a good idea to take advantage of it. If you live in the Northern Hemisphere and can find a light pollution-free location, you could see over 40 shooting stars per hour.

If you’re really lucky, you might see one per minute, at the time of maximum activity. Even if you’re stuck in the city, you could still see a few every hour, which is pretty amazing. Chances drop for those living in the Southern Hemisphere, depending on the latitude.

The famous Perseids meteor shower takes place annually, and this year’s peak begins tonight, August 11, until the pre-dawn hours of August 12th. According to NASA, the fact that the Moon is setting early in the evening will increase the chances of spotting the Perseids, even the fainter ones.

The trick is to find a location as dark as possible and as far away as possible from city lights. The best way to enjoy the meteor shower is to lie down, with your feet toward north, if possible. Another tip from NASA is to give your eyes at least half an hour to get used to the dark, and avoid the light from your phone screen too.

Any meteor shower should be enjoyed right outside, under the dark sky, but if you’re just not able to do that, don’t worry. You can still watch NASA’s live stream of the Perseids tonight. 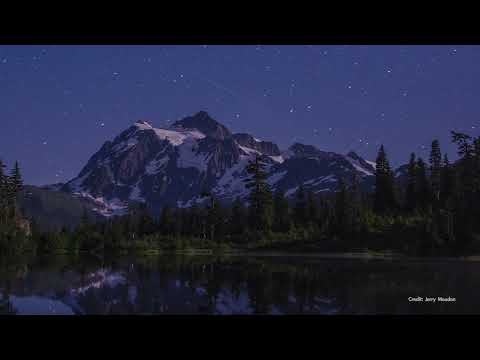