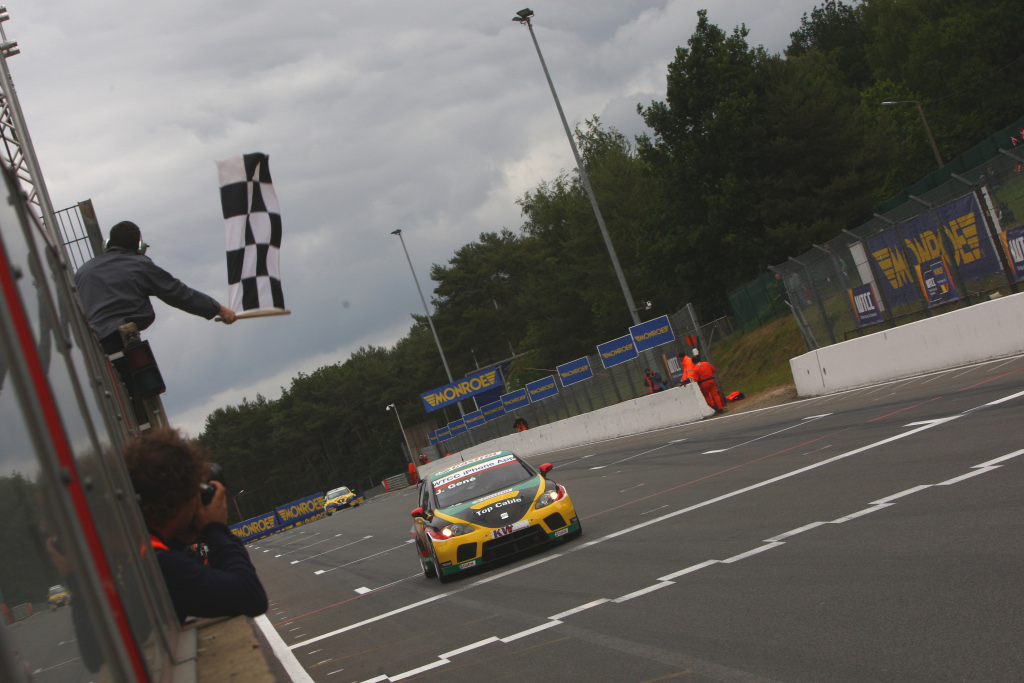 Jordi Gene has gone from ecstasy to agony in a matter of minutes at Zolder, as the Spaniard was stripped of his maiden win of the 2010 FIA WTCC season following Race 1 of the weekend in Belgium. The SEAT driver raced to a comfortable win on Sunday, but the race stewards reviewed his start after the race and saw that Gene crossed the start line ahead of pole sitter Gabriele Tarquini.

Race 1 of the Zolder weekend saw a rolling start for the WTCC pack, which Gene failed to make correctly. After that, he had no problem defending that position until the chequered flag, while ahead of teammate Tarquini. The reigning FIA WTCC champion initially lost his second place to former teammate and Chevrolet driver Yvan Muller, but then re-passed him and secured 2nd place.

That position eventually turned into 1st place after Gene's situation got more complicated at the scrutineering process. The race stewards found out that the air restrictor of his SEAT Leon did not comply with the current FIA regulations, and disqualified him completely. That turned the podium into Tarquini winning from Chevrolet duo Yvan Muller and Alain Menu.

In the second race, BMW's Andy Priaulx drove for another commanding win at Zolder, only this time he got to keep it until after the scrutineering meeting. Having finished 8th in Race 1, the British ace scored his 3rd win of the season from pole position, finishing ahead of Chevrolet's Rob Huff and SEAT's Tiago Monteiro.

The afternoon action did not see much overtaking on the Zolder circuit, the first important thing that happened being front row starter Norbert Michelisz slipping to 8th place after a disappointing start. Augusto Farfus provided the fans with little excitement when he tried to overtake first race winner Gabriele Tarquini, but eventually hit the run-off area and regrouped behind Michelisz.

Following the Belgian weekend in the WTCC, Yvan Muller is now leading the field in the overall classification by 19 points (from 2nd placed Tarquini), while Priaulx sits 4 more points behind, in 3rd place.