1 Ford's MyKey to Put a Leash on Driving Teenagers
Car video reviews:
Up Next 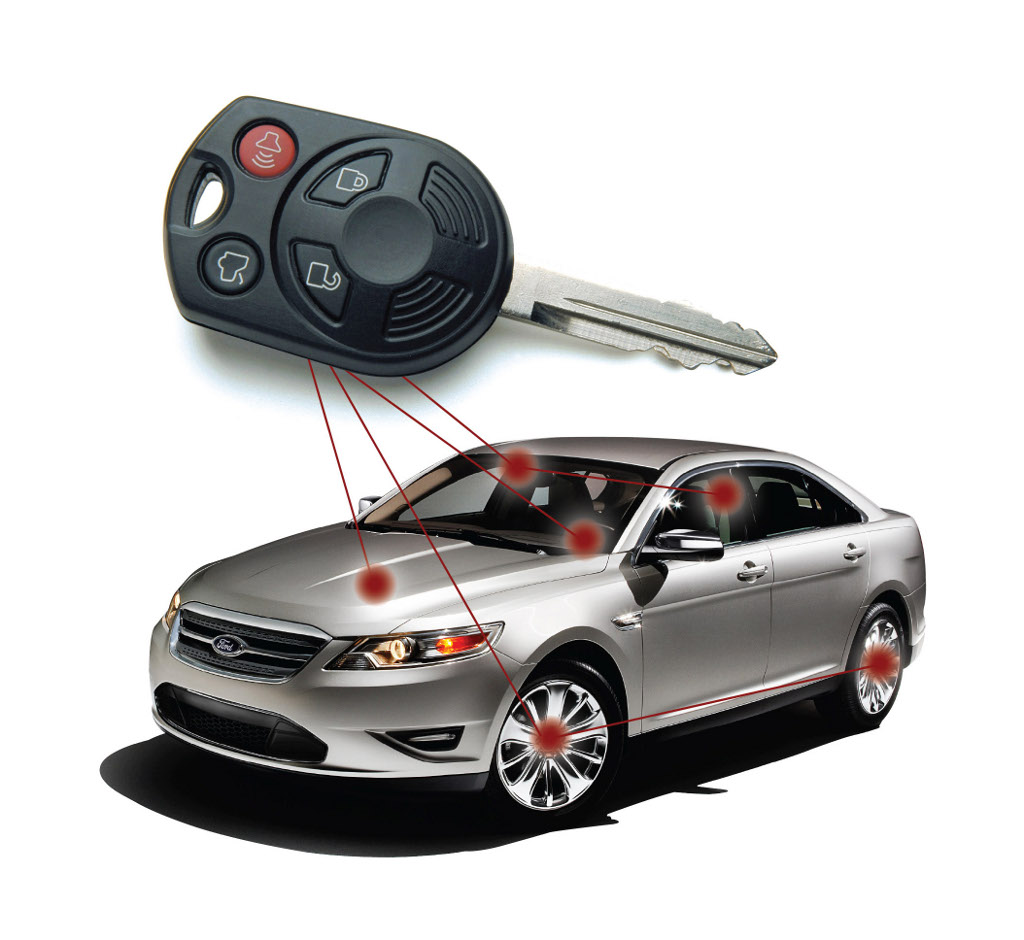 The MyKey system was introduced by Ford in October 2008 and first debuted as a standard feature of the 2010 Ford Focus, also set to quickly be integrated in many other Ford, Lincoln and Mercury models. Designed as a safety feature to help parents limit speed and audio volume and therefore reduce the number of reckless accidents, Ford’s MyKey technology also encourages safety-belt usage, provides earlier low-fuel warnings and can be programmed to sound chimes at 45, 55 and 65 miles per hour.

The specialists at Ford developed this innovative technology after several findings showed that it would help young drivers build road safety experience. According to National Highway Traffic Safety Administration (NHTSA), teens are more likely to take risks such as speeding and also are less likely to wear safety belts than older drivers. 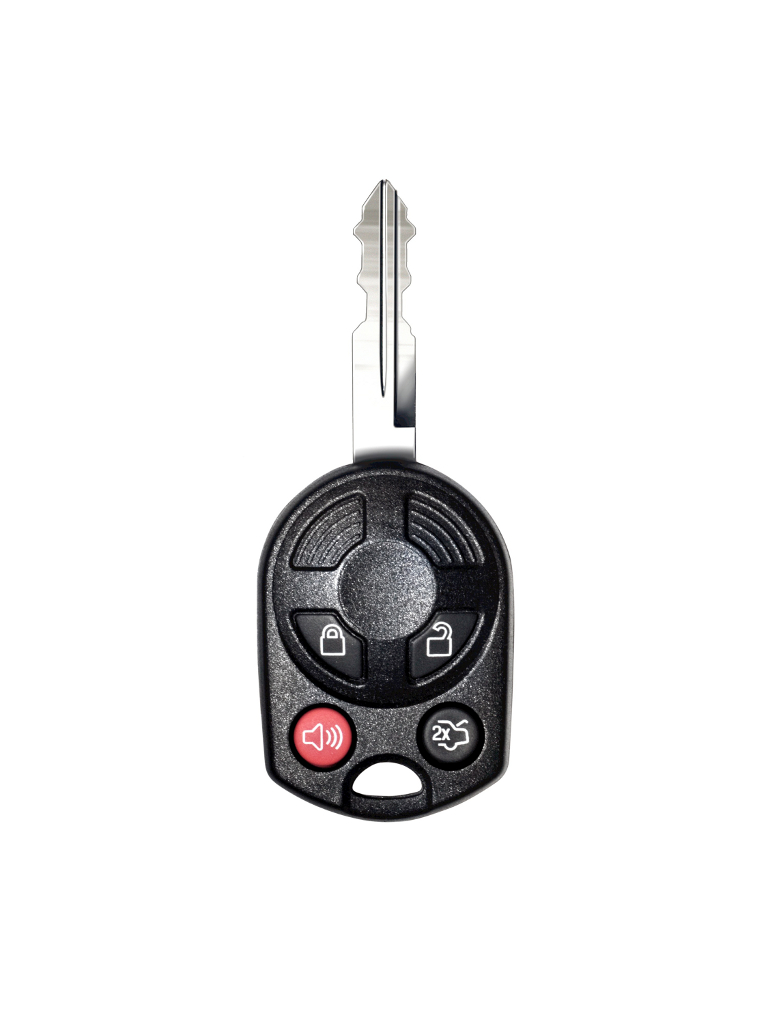 And this is how it all started... Like a remote babysitter for children while they are behind the wheel. It helped parents feel better knowing their offspring are safer and buckled-up. Meanwhile, kids were also pretty open to the idea, as most of them said they have more freedom to drive. According to Ford, only 36 percent object to the technology.

Furthermore, Ford saw the benefits that such a system would bring to fleet owners, again influenced by some NHTSA facts which showed the average motor vehicle crash can cost an employer $16,500, while an on-the-job crash that results in injury to the employee can cost employers an average of $74,000. Motor vehicle accidents that result in the death of an employee and/or third party are even more costly.

Traffic accidents are a leading cause of death for people who operate motor vehicles as part of their job. NHTSA data shows that speeding is a contributing factor in 30 percent of all fatal crashes, with the estimated economic cost of speeding-related crashes topping out at more than $40 billion each year. Therefore, the company’s MyKey feature could help mitigate the aforementioned problems. 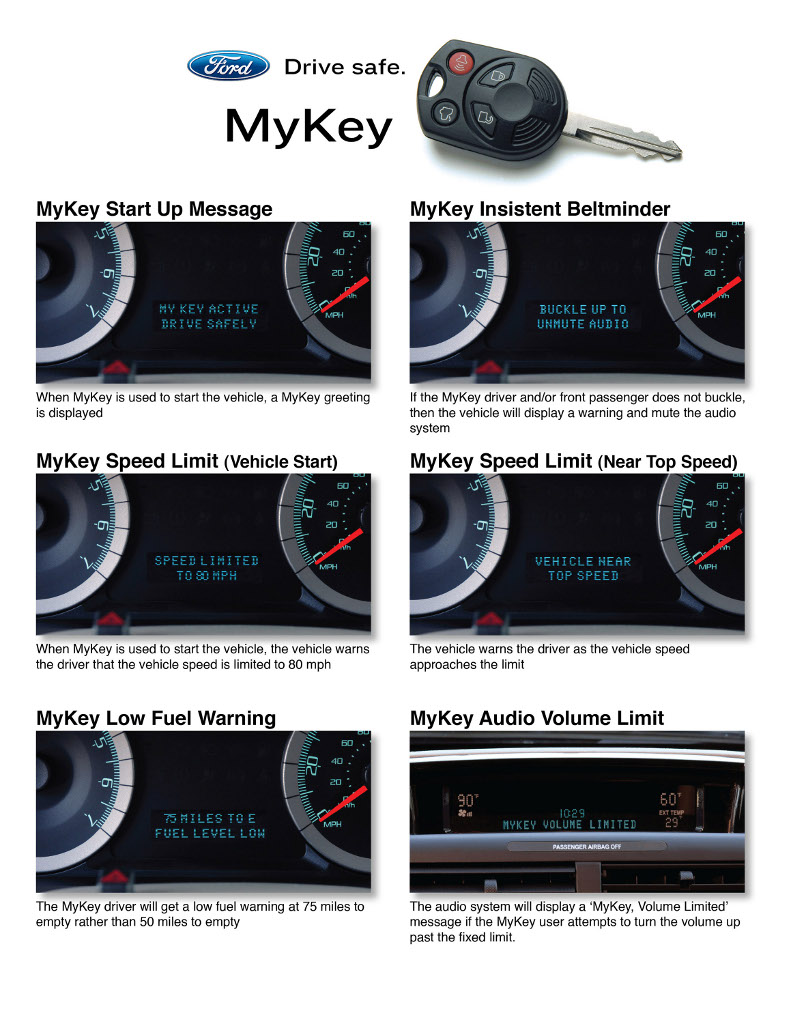 The MyKey system allows the parent to program any key through the vehicle message center, which updates the SecuriLock passive anti-theft system. When the MyKey is inserted into the ignition, the system reads the transponder chip in the key and immediately identifies the MyKey code, which enables certain default driving modes, including:
Furthermore, additional MyKey features that can be programmed through the vehicle’s message center setup menu: