1 Ford Will Sell Spare Parts For Other Brands, Its Dealers Will Service Them

Ford has revealed one of the projects it has been working on for some time now, which is large-scale 3D printing experiments.
5 photos

The Blue Oval has signed a partnership that has brought it a Stratasys Infinite Build 3D printer, becoming the first automotive partner of the company that makes that device.

Unlike the 3D printers a regular consumer could buy, the Infinite Build 3D is as big as a room, and we are not talking about your average house, but a “room” in a factory.

Ford is currently experimenting with the parts it can make with the 3D printer to see how far this project could go, and then find solutions to implement the new components into production.

The biggest gain for the new tech would be to those who purchase low-volume models, like Ford Performance products, which are costly to build because they have dedicated components that need to be manufactured in small volumes.

With a 3D printer, Ford could make spoilers and other plastic parts for those cars at a lower cost, and they have the potential of being lighter than their current equivalents.

Having this announcement in mind, you might think that your next Ford could have 3D-printed parts on it, but we are still a few years away from that moment. However, the Blue Oval has the capacity of implementing this in its production line sooner than expected if things go well in testing.

Ford must be sure that the new way of making some parts is more cost effective in the long run, and that the resulting components are at least as sturdy as the ones they replace. Moreover, the carmaker is also experimenting with ideas that could lead to unique personalization options straight from the factory.

Clients could be offered the possibility of selecting unique colors for some interior ornaments, for example, and this could happen at a lower cost that a customization would cost in an aftermarket workshop. Furthermore, the products will have a full OEM warranty, which is not present when wrapping your trim elements into your color of choice. 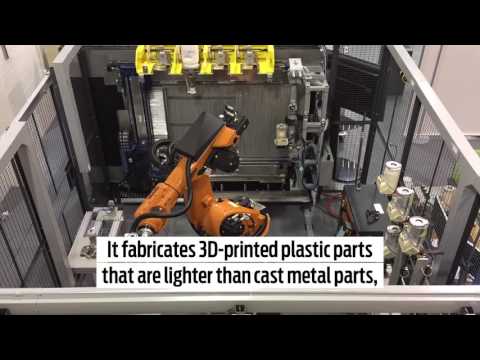