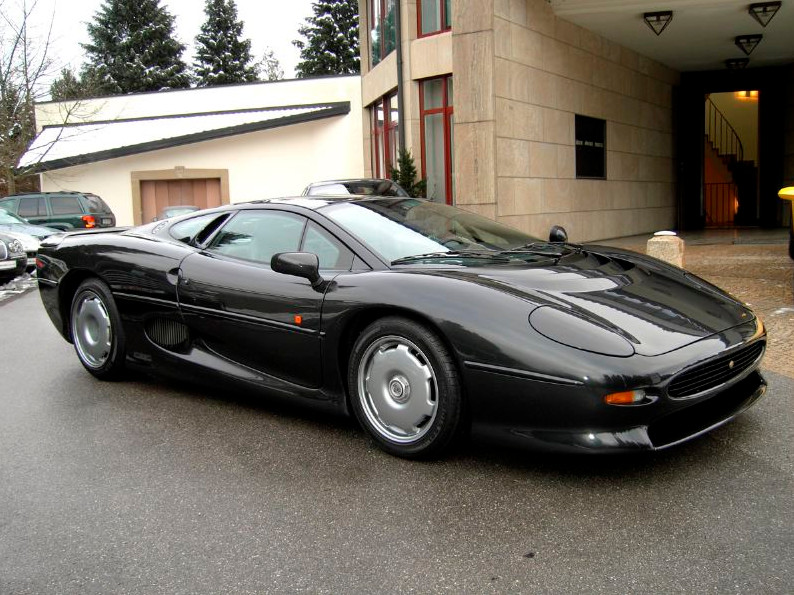 Flavio Briatore is known as the Italian businessman that managed two Formula 1 teams, most recently Renault F1. But you can’t be associated with racing and not own a desirable road-going machine or two. One such automobile is Briatore’s Jaguar XJ 220, which he is selling on finestautomotive.com.

The British supercar of the 90s was created in collaboration with Tom Walkinshaw Racing as Jaguar Sport and held the record for the highest top speed of a production car (350 km/h, 217 mph) until the arrival of the McLaren F1 in 1994.

This particular machine has only clocked 22,000 km (13,670 miles) on the odometer since it was originally built in 1994. The black metallic paint job is combined with a dark leather interior. The vehicle is in accident free and original condition. It has received a through inspection recently and sports a new fuel tank.

Because Jaguar promised to limit initial production to 220 units and that total production would not exceed 350, many of those who put deposits on the cars were speculators who intended to sell the car at an immediate profit.

Nowadays, it remains a sought-after collectible sports car, fetching six figures. The XJ220 is not only the fastest but the widest car Jaguar has ever built at nearly 7-feet (213 cm) in width.

It might not look as exciting as a Pagani Zonda, but with so few made, this might be a good opportunity to pick one up.