3 1943 Boeing Stearman 75 Biplane Is Cheaper Than a Corvette, More Thrilling

5 This Is What Happens When Engine Failure Sends Plane Debris Raining Down
Car video reviews:
Coverstory

Back at the beginning of February, Boeing announced that its newest strike fighter, the F-15EX, successfully completed its first 90-minute test flight at the Lambert International Airport in St. Louis, Missouri. Since then, it seems, pilots have been at it taking the thing up, and we have the first footage of the airplane taking off and flying over the airport, courtesy of Boeing.
11 photos

The short video below shows parts of a flight that took place on February 23 and was just released this week by the company. According to Boeing, the F-15EX is the first new F-15 variant to be flown by the U.S. Air Force (USAF) pilots in over 20 years. And it wears the official Air Force livery, too.

The new version has been in the works for some time now, and it is described as the most advanced to date, especially because it will be equipped with something called Eagle Passive Active Warning and Survivability System (EPAWSS).

Made by BAE Systems, EPAWSS comprises a wide range of multispectral sensors to detect incoming threats and is capable of giving the plane’s pilot radar warning, situational awareness, geolocation, and some self-protection capabilities.

The plane comes with fly-by-wire flight controls, an all-new digital cockpit, modern AESA radar and something called ADCP-II, which is described as the world's fastest mission computer.

USAF plans to acquire the F-15EX as part of the National Defense Strategy that requires it to buy 72 combat aircraft each year. Eight of them are planned to be made in 2021, out of a total of 144 over a longer period.

“Our workforce is excited to build a modern fighter aircraft for the U.S. Air Force. Our customer can feel confident in its decision to invest in this platform that is capable of incorporating the latest advanced battle management systems, sensors and weapons due to the jet’s digital airframe design and open mission systems architecture,” said Prat Kumar, Boeing vice president and F-15 program manager, in a statement at the beginning of February. 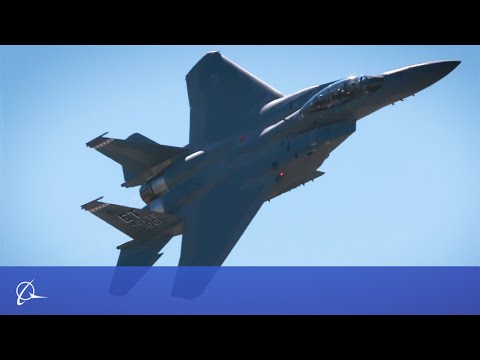