3 Confirmed: Lightning Motorcycles Is Working on a Fully-Enclosed e-Bike

4 Gogoro’s Eeyo 1 e-Bike Is Super-Light and Fast, Smart and Innovative

Whenever you’re window shopping for a new e-bike (or for any other item of more substance, for that matter), you’ve already made your peace with the fact that you can’t possibly have it all. There’s no such thing as a very affordable, ultra-efficient, reliable and high-quality product all in one.

Fiido would like to change that, with their new foldable e-bike that promises solid quality, good performance and comfort at a very accessible price: the D11. The D11 is not yet available for order, but it will soon go live on crowdfunding website IndieGoGo, with interested future e-bike owners able to sign in and get a massive discount on the final MRSP.

Recently recognized with the German Red Dot Award for design, the Fiido D11 is a sleek, minimalist urban e-bike that offers relief from the dreaded range anxiety all battery-powered vehicles come with, be they with two or four wheels. Unlike many other e-bikes out there, the D11 promises an estimated range of 100+ km (62 miles) in Eco Mode, which is considerably more than any other direct competitor in this price range.

If that’s not enough to get you interested in it, know that it’s also lighter than many other foldable bikes out there: the D11 tips the scales at just 12.9 kg (28.4 pounds). You can only get such a light e-bike if you opt for a carbon fiber frame or at least some carbon components, but the D11 is actually made of aluminum alloy.

“Fiido D11 is a superb e-bike that we have been developing and designing. Featuring attractive appearance, 12.9kg ultra light frame, wonderful performance, ultra-long mileage and comfortable riding, it will definitely become the milestone of city folding e-bikes,” Fiido adds.

Of course, there are some “buts” to this promising e-bike. The D11 ships internationally, which for U.S. riders means they will get a product made after EU standards. With electric bicycles and mopes, that means a standard 250W rear hub motor and a top speed limited at 25 kph (15.5 mph). Considering the same riders are probably used to more powerful 750W motors and throttle-only mode, this could be a deal-breaker.

The D11 comes with a 410 Wh battery housed in the seat post, which can be removed together with the seat. It also has three pedal-assist modes available, a 7-speed Shimano drivetrain, disk brakes, 20-inch wheels, and integrated lights. More importantly for daily commuters, though, the D11 comes with a simple folding mechanism that takes only 5 seconds to collapse the bike in one move, and render it small enough to fit into the trunk of a small car or on public transport, without inconveniencing other passengers.

On the downside, the D11 doesn’t have suspension, so if your commute includes bumpier streets, you’re in for a shaky and rather uncomfortable ride.

The MRSP of Fiido D11 is $1,299 but early-birds on IndieGoGo can get it for as little as $799, if they sign up for the campaign. As of the moment of press, the campaign is yet to go live, but it’s already generating plenty of interest online.

That should hardly come as a surprise, though. At 800 bucks and knowing that Fiido delivers quality e-bikes (not top range, mind you, just decent quality), and given the fact that it’s one of the lightest and most high-range folding e-bikes now on the market, it’s what you would call a steal. That is, if the top speed is of little importance to you. 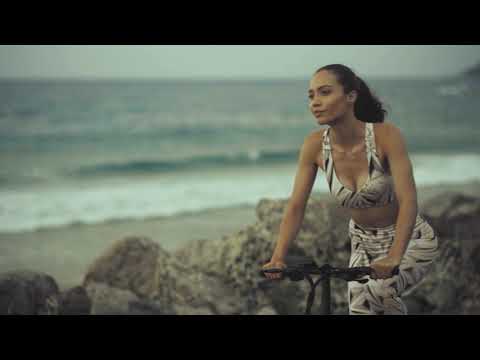