1 Hybrid Vehicles: a Short History of the Alternative Drive

3 Porsche Museum Officially Opened
Up Next 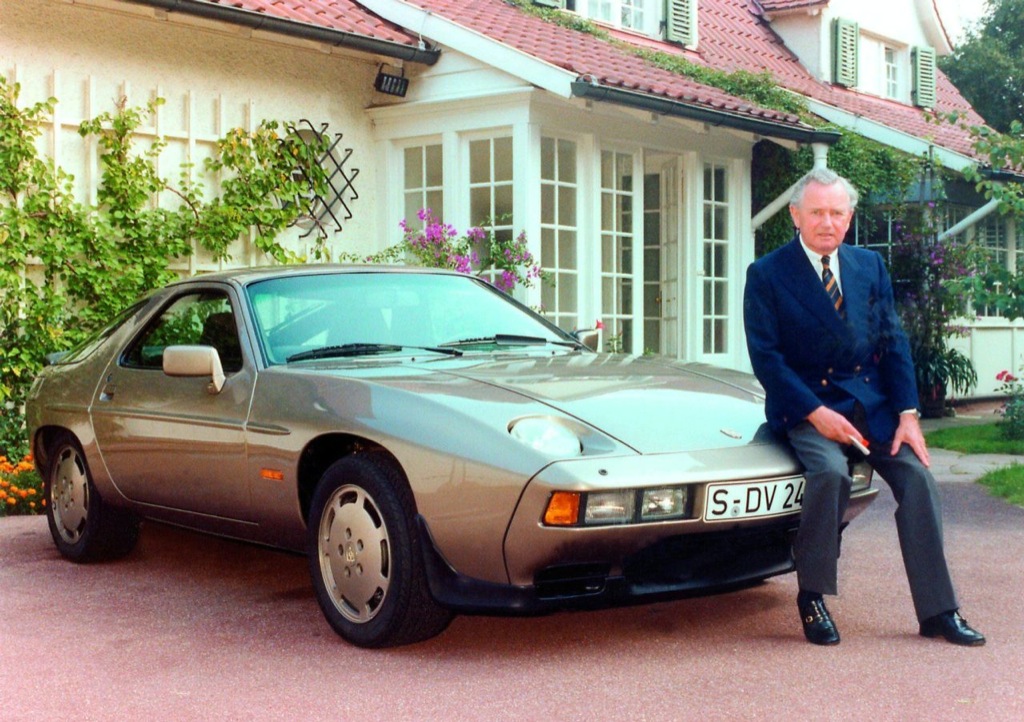 It was 100 years ago that the son of automotive engineer and constructor Ferdinand Porsche and his wife Aloisia was born in Wiener Neustadt, Austria. Ferdinand Anton Ernst “Ferry” Porsche proudly took his father’s legacy to higher grounds, as today his name is mentioned together with other great automobile men, such as Gottlieb Daimler, Carl Benz, Henry Ford or Enzo Ferrari. It is thanks to Ferry that Porsche Automobiles became an independent car manufacturer presenting the first sports car to bear the name Porsche in 1948 - Porsche Type 356.

From the very first day of his life, Ferry Porsche’s automotive-related destiny was more than predictable. On the day of his birth, his father was at the wheel of the Austro-Daimler racing car he had built himself, scoring a class victory in the Semmering Hillclimb Race. From then on, Ferry’s childhood has been clearly dominated by the car industry, especially since his father Ferdinand Porsche was consistently working on new ideas and constructions in automotive engineering.

Ferry Porsche later stated himself, "I was always convinced that I had been born in a car, so it was wonderful listening to my father for hours, with him talking about cars and motor racing and telling us exciting stories." Thrilled by the world of machines, young Ferry obviously loved spending his time at the nearby Austro-Daimler Plant. 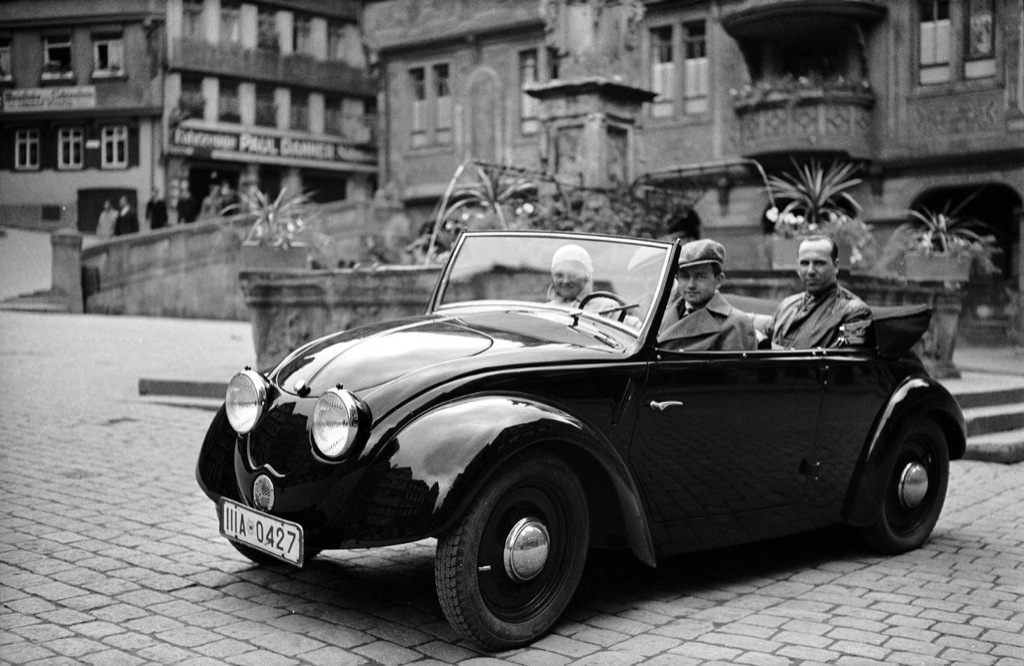 However, it was only on Christmas Day 1919 when 10-year-old Ferry first tried out his driving skills. Getting behind the wheel of the "Ziegenbockwagen" (German for ‘goatmobile’), a small two-seater powered by an air-cooled six-bhp two-cylinder and able to reach 60 km/h, Ferry Porsche went for a few trips on public roads. Three years later, in 1922, Ferry had the opportunity to drive the ‘Sascha’ racing car built at Austro Daimler’s Plant. Young Ferry declared himself thrilled by the 45 bhp car able to reach a top speed of 144 km/h (90 mph). it was then when Ferry decided he would once build his own racing machine.

In December 1923, Ferry’s family moved in the Porsche Mansion in Stuttgart, where Ferdinand Porsche continued to share his work with his son. At the age of only 16, Ferry was licensed to drive a motorized vehicle and he was therefore able to drive various prototypes and to accompany his father on long test drives through the Black Forest. Two years later, aged 18, he received a regular driver’s license and he began enjoying riding his own motorcycle, a 500cc BMW. The exact same year, Ferry fell in love with Dorothea Reitz, whom he eventually married. 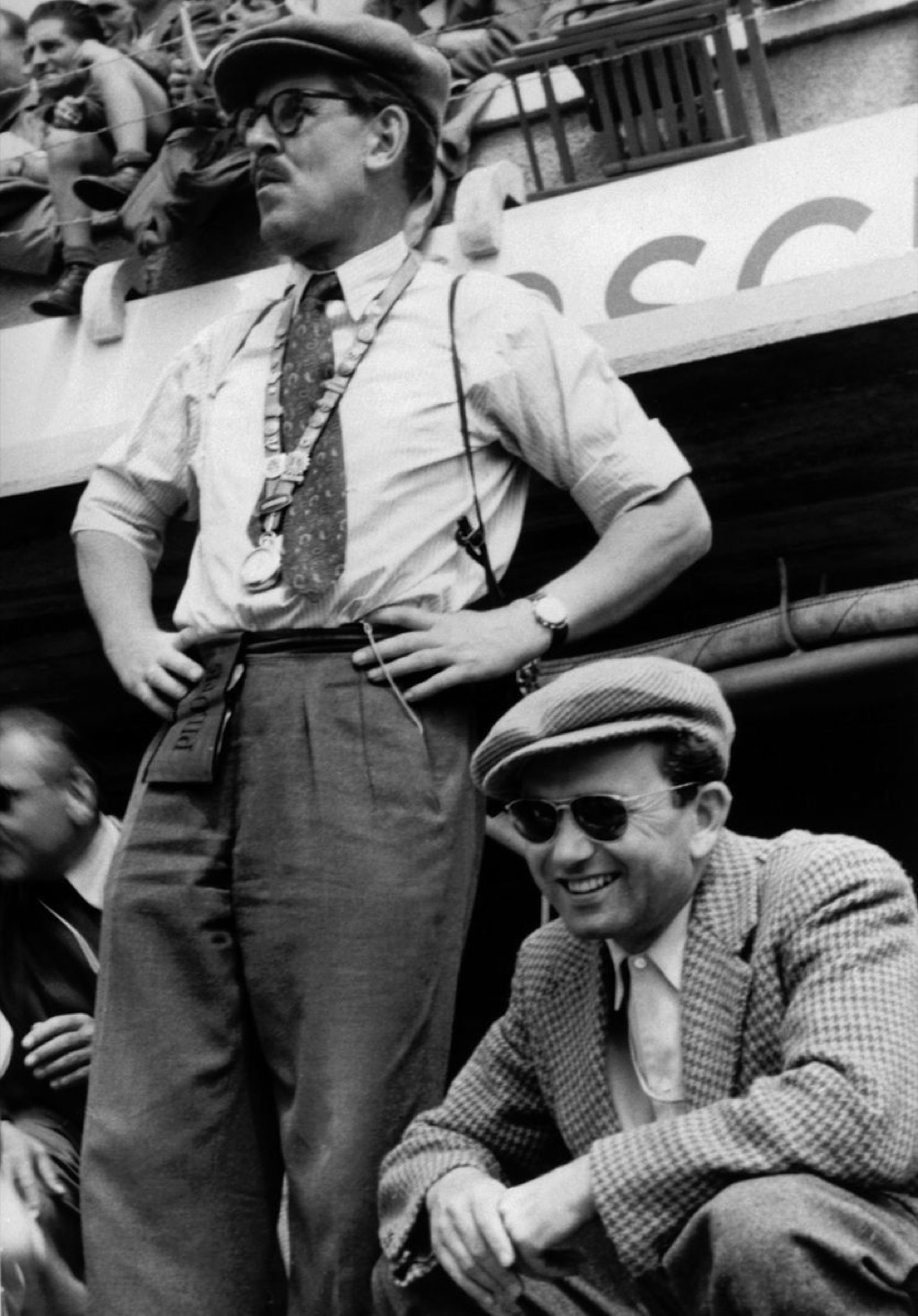 The following years, young Ferry became a shadow of his father, following him to Austria, as the latter took the Chief Engineer position within the Steyr-Werke AG, from where he left in 1930 to work independently. As the youngest member of the Porsche Engineering Office, Ferry Porsche first trained in the Construction and Testing Departments. Soon, 21-year-old Ferry was working independently on his own projects, such as improving the steering on the two-liter Wanderer. Surprisingly successful, his steering design was later developed and used in both the Auto-Union racing cars and for the Volkswagen. 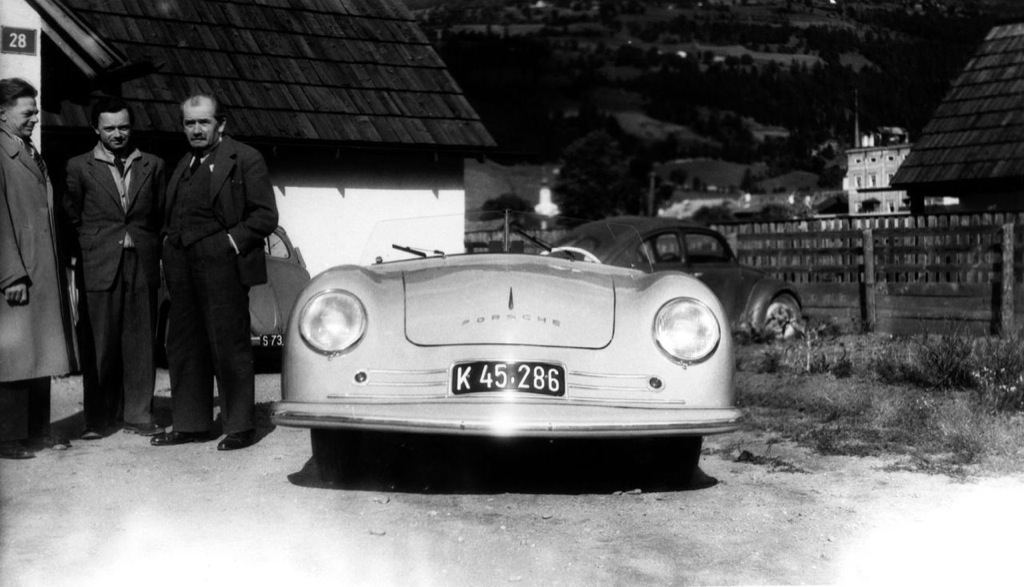 As of 1932, Ferry was already coordinating the engineers’ work, supervising the testing processes and helping his father maintain relationships with the company's customers. Another highlight of that period in Ferry’s life was his contribution in improving the engine’s crankshaft for a 16-cylinder Auto Union P racing car. In early 1934, Ferry proved his racing driver talents while concluding the first driving tests with the Grand Prix car but at his father’s request, he no longer took the wheel of a racing car. However, he competed in the 2,000 km Rally through Germany behind the wheel of a Wanderer touring car, directly against top drivers of the day such as Bernd Rosemeyer, Hans Stuck and Prinz zu Leinigen.

Later that year, Fedinand Porsche took the challenge of producing an affordable family car, as the Association of the Automotive Industry of the German Reich requested. Originally, it was called Porsche (Model) 60 but it was soon officially renamed as Volkswagen (people's car). There were three prototypes built in Porsche’s family garage in Stuttgart, called VW Series 3. When Ferdinand Porsche founded Volkswagen AG in 1934, Ferry was there as a test driver. In 1937, both father and son went to Detroit, USA, to learn more about advanced mass production processes. The Volkswagen plant opened in Wolfsburg in 1939, with Porsche senior as the general manager, and Ferry the deputy manager of the Stuttgart bureau. 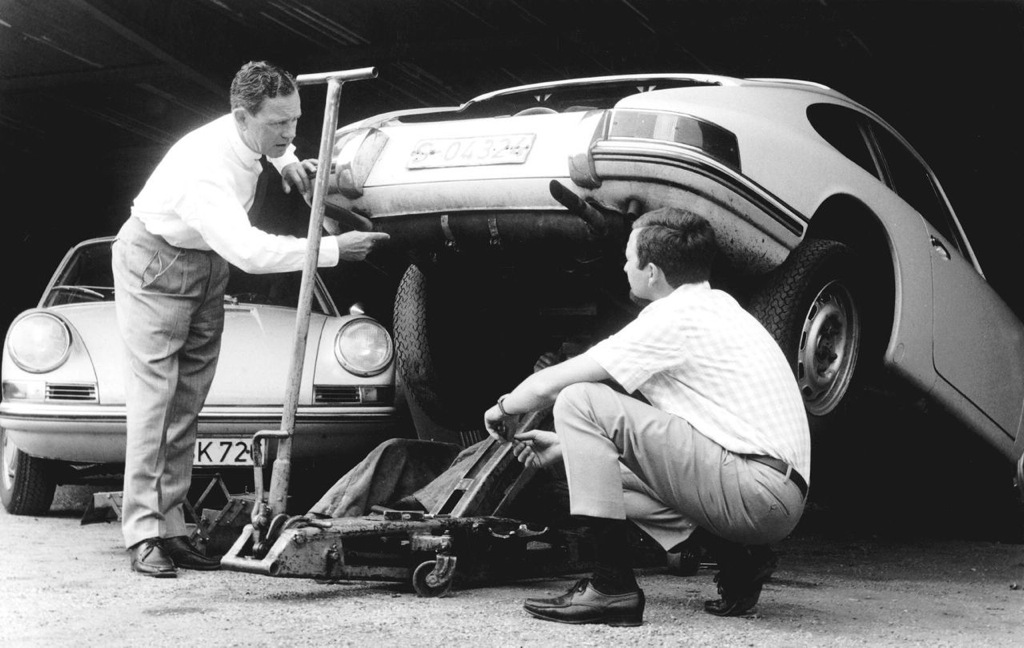 By that time, Ferry has been already experienced the development of a 1.5-liter sports car based on the concept of the Auto Union racing car, code-named Type 114. A racing car based on the Type 60 Volkswagen was developed alongside the main project on behalf of the Volkswagen Plant, under the internal code name Type 64, which is today acknowledged as the ancestor of all Porsche sports cars built since 1948. 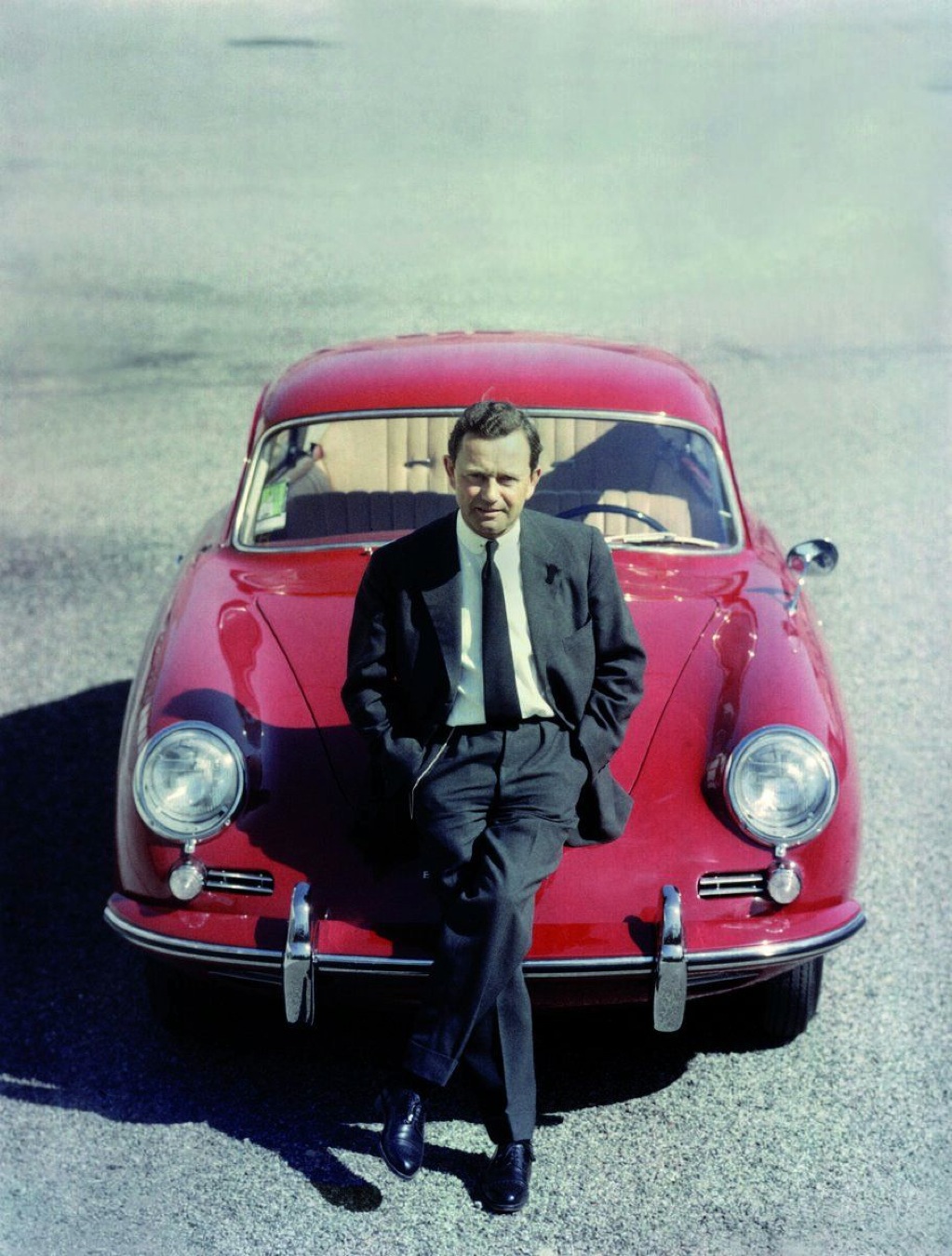 After World War II, the company underwent extremely difficult times. With his father imprisoned in France, Ferry took over the business and tried to face the new demands and requiring. Leading Porsche KG he partnered with Karl Abarth and Rudolf Hruska and started on new projects. Aside from a small tractor and a water turbine, Porsche KG in Gmund was also entrusted with the construction of the Type 360 Grand Prix Racing Car as well as the Type 370 two-seater mid-engined sports car.

Thanks to the considerable fee that Ferry received for his work on the Type 360, he was able to bail his father out of prison in 1947. When, a bit later, Ferdinand Porsche saw the drawings of Type 360, he told his son: "I would have done everything the same way, down to the last bolt." The same year, Ferry and his engineering team started building a sports car using Volkswagen components which, initially code-named the "VW-Sports", received the construction number 356.

They completed a road-going chassis in early 1948, with the gearbox, suspension, springs and steering coming from Volkswagen. Weighing just 585 kg or 1,290 lb, this 35-bhp mid-engined roadster had a top speed of 135 km/h or 84 mph. On June 8, 1948 this very first Porsche mid-engine sports car chassis number 356-001 received official homologation from the authorities through an individual permit granted by the State Government of Carinthia. 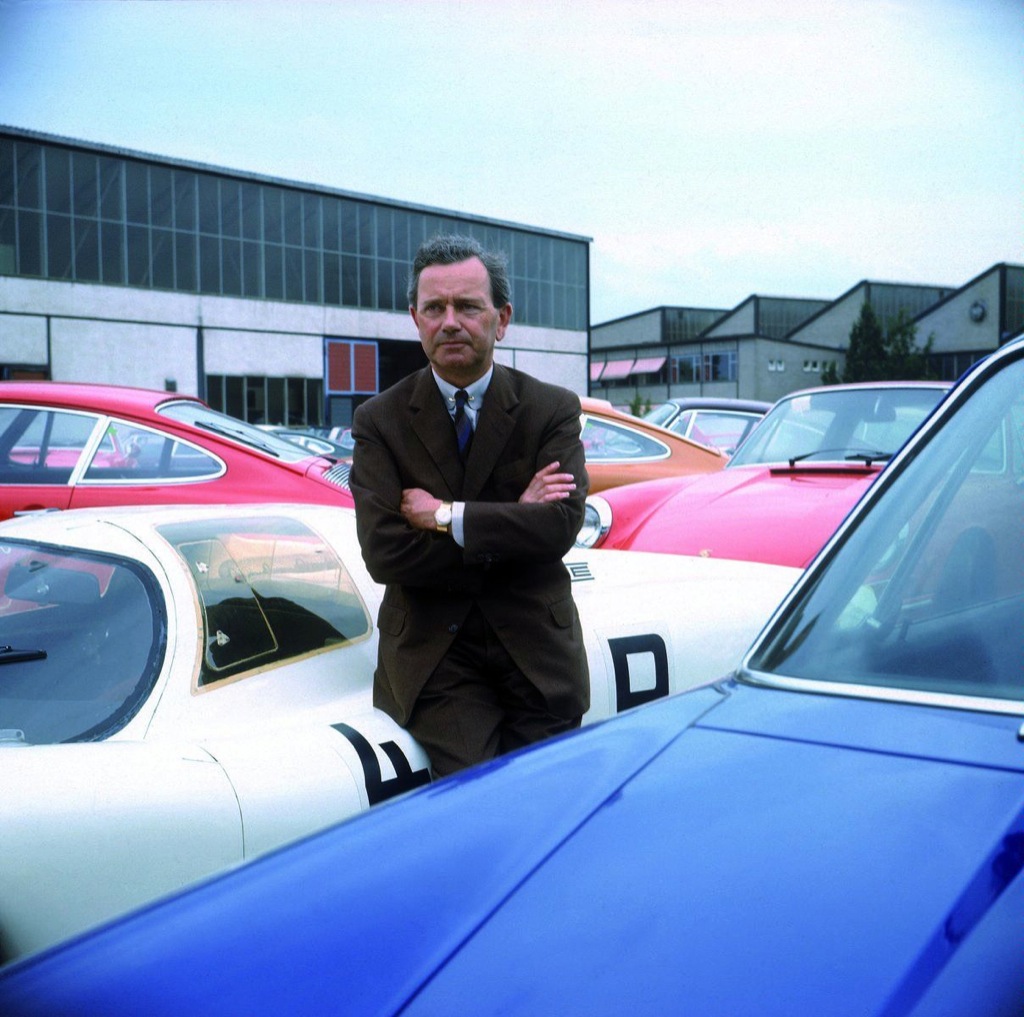 Production of the first "regular" Type 356/2 coupés and cabriolets started in Gmund in the second half of 1948 but unlike the No.1 mid-engine prototype, the vehicles’ power unit was fitted at the back in order to provide luggage space behind the front seats. Thanks to the contract that Ferry concluded with the Managing Director of Volkswagenwerk on the supply of VW parts and the use of VW's distribution network, as well as to the foundation of Porsche-Salzburg Ges.m.b.H. As a central office for the management of Volkswagen imports, sales and customer service in Austria, the ongoing development of Porsche KG as a manufacturer of sports cars began.

While Type 356/2 was already selling successfully, Ferdinand Porsche as the Senior Director still focused primarily on the production of diesel tractors and water turbines. That made Ferry move back to Suttgart, where the first Porsche 356 was built in 1950. With the 356 quickly becoming a best seller, Ferry Porsche started shipping the first cars to America. Introducing models such as the 356 Speedster, extremely successful among the American customers, no less than half of the Company's annual production went to the United States as early as in 1955. 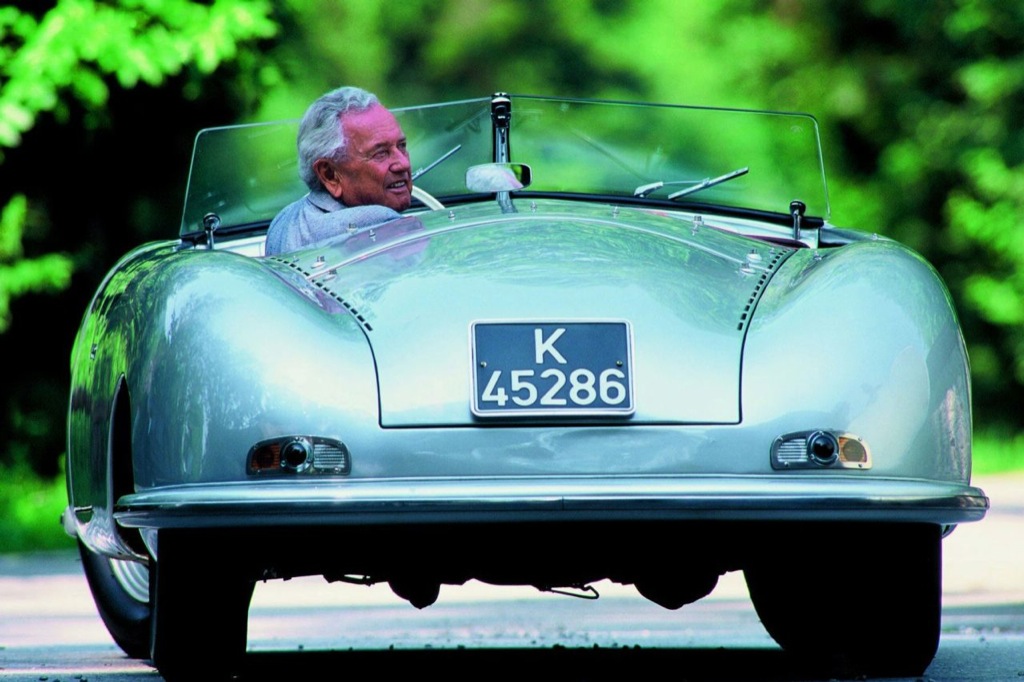 However, instead of working on the development of this model, Ferry Porsche decided to build an entirely new car. Together with his oldest son, Ferdinand Alexander, Ferry Porsche started developing the looks and design of the 356's successor, which was to bear the model designation 901 to begin with. Porsche presented the new sports car for the first time at the 1963 Frankfurt Motor Show, the 911 standing out also thanks to its fast-revving six-cylinder power unit. 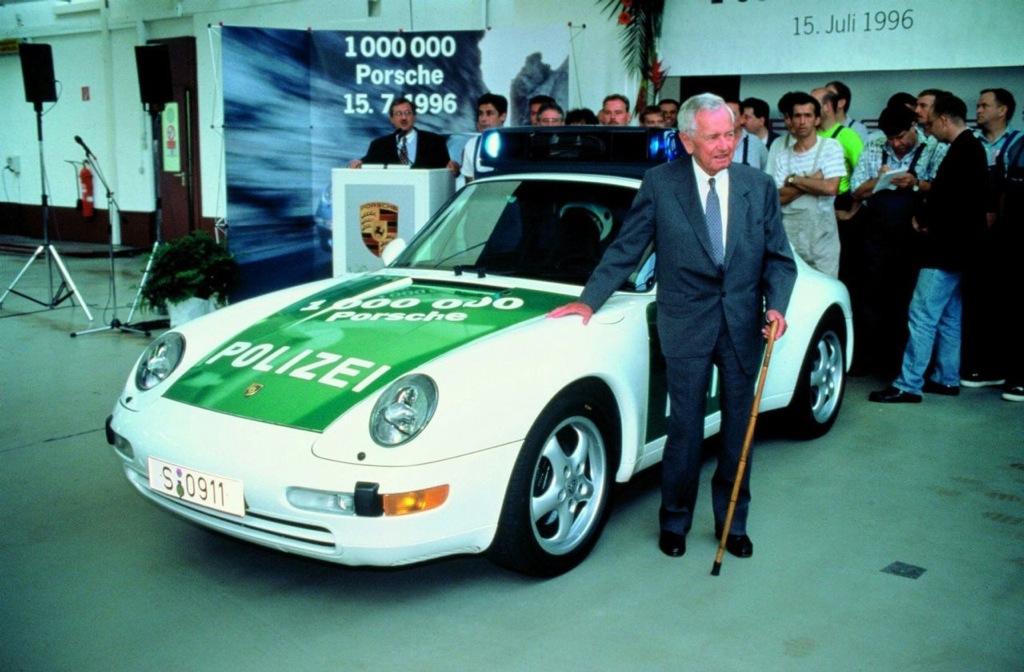 The company then built the VW-Porsche 914 from a joint venture with Volkswagen in 1969. The 914 soon became a success in the market as well. Ferry Porsche himself also drove a 914 which he received as a gift from his employees on the occasion of his 60th birthday. Maximum output of this unique car bearing the registration number S-R 3000 and licensed by individual homologation was 260 bhp. From then on it became a tradition at Porsche to give Ferry a customized birthday car for his most important anniversaries.

In the last years of his life Ferry Porsche had to witness his company entering a severe crisis threatening its very existence, but that didn’t keep Ferry from fighting for the company's independence. The introduction of the Porsche Boxster in 1996 marked the continuation of his vision of a mid-engined roadster. The death of Ferry Porsche on March 27, 1998, also marked the end of another era, with the last air-cooled 911 coming off the production line that  same year.