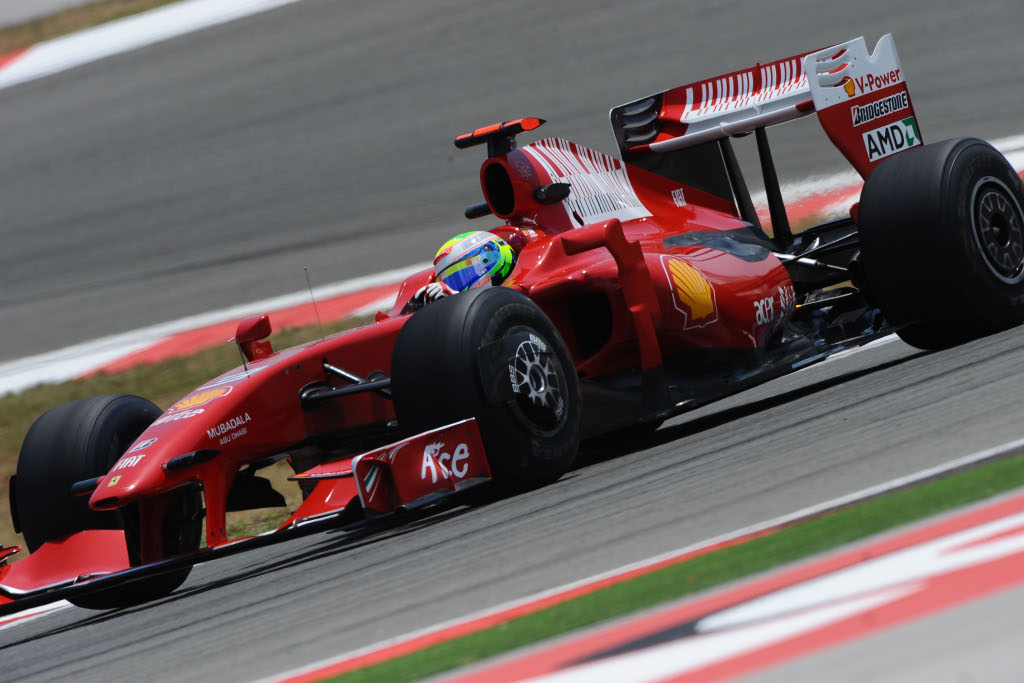 Ferrari have announced the introduction of a new version of its Kinetic Energy Recovery System (KERS) during the upcoming British Grand Prix. According to a press release from the Italian team, it seems both Kimi Raikkonen's and Felipe Massa's F60s will be powered by lighter KERS units, in order to improve the car's weight distribution on the fast corners of the Silverstone circuit.

Felipe Massa will run the 277 chassis at Silverstone, meaning he will use the lighter car previosuly ran by teammate Kimi Raikkonen. The Fin had driven a lighter car in the past few races due to the weight differences between him and teammate Massa, which will now be ran by the Brazilian driver also.

Also, the Ferrari mechanics have worked on improving the car's suspension in the past couple of weeks, with a new geometry due to make its debut on the F60 this weekend.

“The new suspension geometry is aimed at promoting more front end grip, which should help overcome one of the car’s Achilles heels, namely the fact it has struggled to get tires up to operating temperature over one timed lap, which is an essential requirement in Qualifying,” said the Ferrari statement.

“Also appearing at Silverstone will be new wheel flanges and a new mounting system for them, for when the wheels are changed during pit stops,” added the Italian team in the aforementioned race preview.

The changes brought to the Ferrari F60 were decided upon after a series of tests at Fiorano, conducted by Felipe Massa on Monday. The team also took into account Bridgestone's tire choice for the British weekend, as the Japanese tire manufacturer announced it will bring the soft and hard compound at Silverstone.