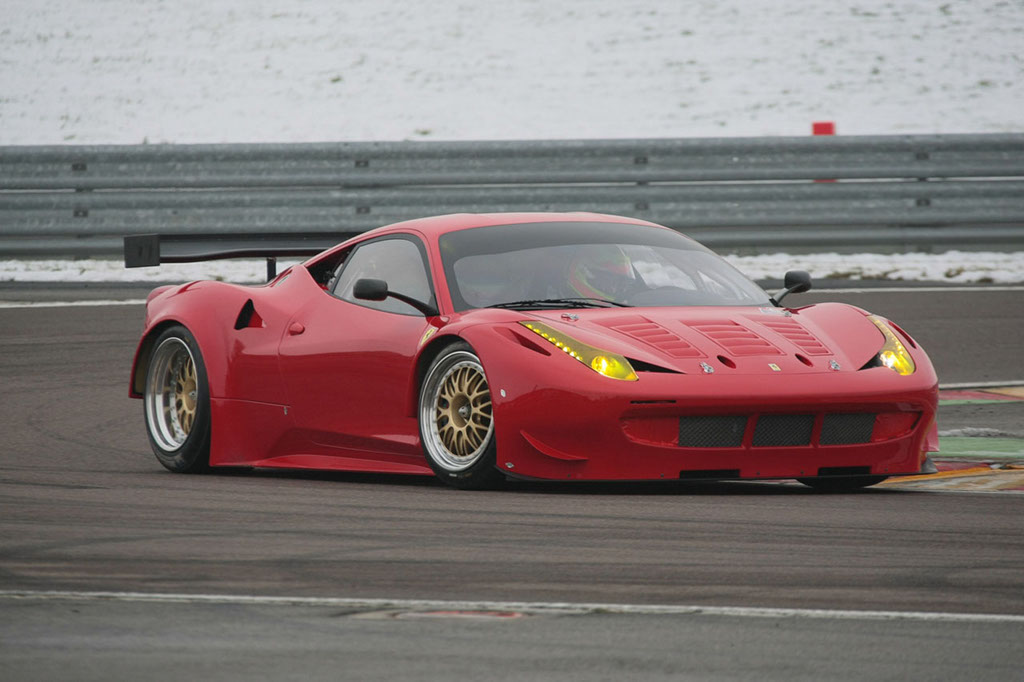 Ferrari recently brought us the public debut of the 458 Challenge, a racing incarnation of the supercar that will take part in the automotive producer’s one-make series next year.

The 458 Challenge comes with an untouched powerplant but offers many refinements in areas like the suspension and the gearbox. However, we won’t remind you the details as we are here to present you a new motorsport animal based on the 458.

The vehicle you see here is probably the GT2 racing version of the vehicle (we have to thank axisofoversteer for publishing the image). The vehicle replaces the F430 GT2, which has managed to claim top positions on podiums from both the FIAT GT Championship and American Le Mans Series.

We have to tell you that Ferarri isn’t quite focused on the sportscar racing program these days, as the company only plays in the GT2 class.

According to the aforementioned source, the vehicle’s V8 powerplant is a beast that could really offer an explosion of horsepower. However, the racing restrictions mean that the unit is limited and thus the engine delivers about 470 hp. This means that the car is 30 hp less potent than the one it replaces. The engine is mated to a six-speed gearbox that allows the driver to play with paddles.

The aforementioned data is not official, so we still have to wait until we know for sure what the 458 GT2 can do.